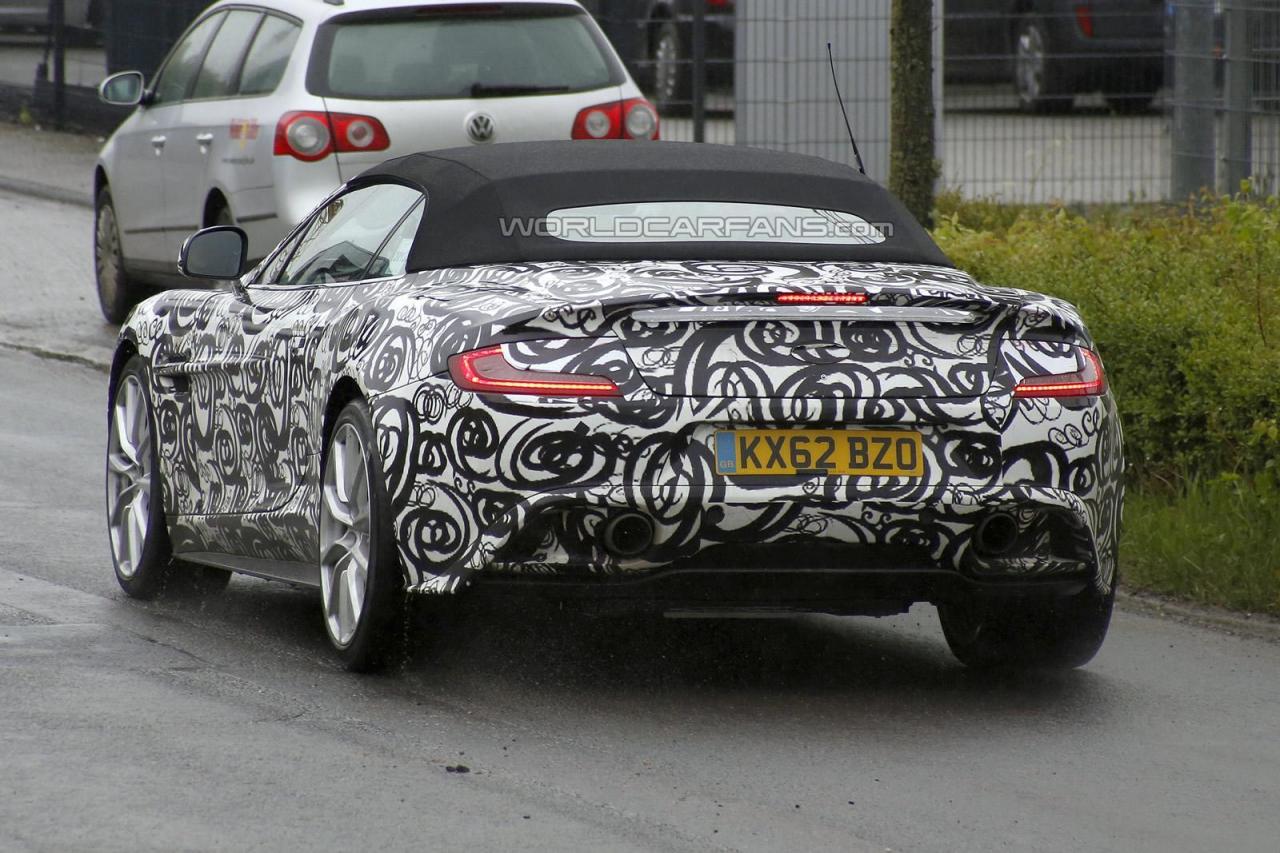 The upcoming Aston Martin Vanquish Volante is getting closer and closer to its debut as new spy shots appear today on the web.

The new Volante is the open-top variant of the Aston Martin Vanquish and is scheduled to debut later this year, at the Frankfurt Motor Show. The British sports car features a retractable fabric roof and some other minor improvements.

However, Aston Martin managed to keep all the important design cues of the coupe version, with just few modifications needed in order to fit the new roof.

With this been said, we have to wait few additional weeks to get more information and photos for the new British sports car.