Audi Autonomous Cars On The Circuit! At 1:8 Scale. 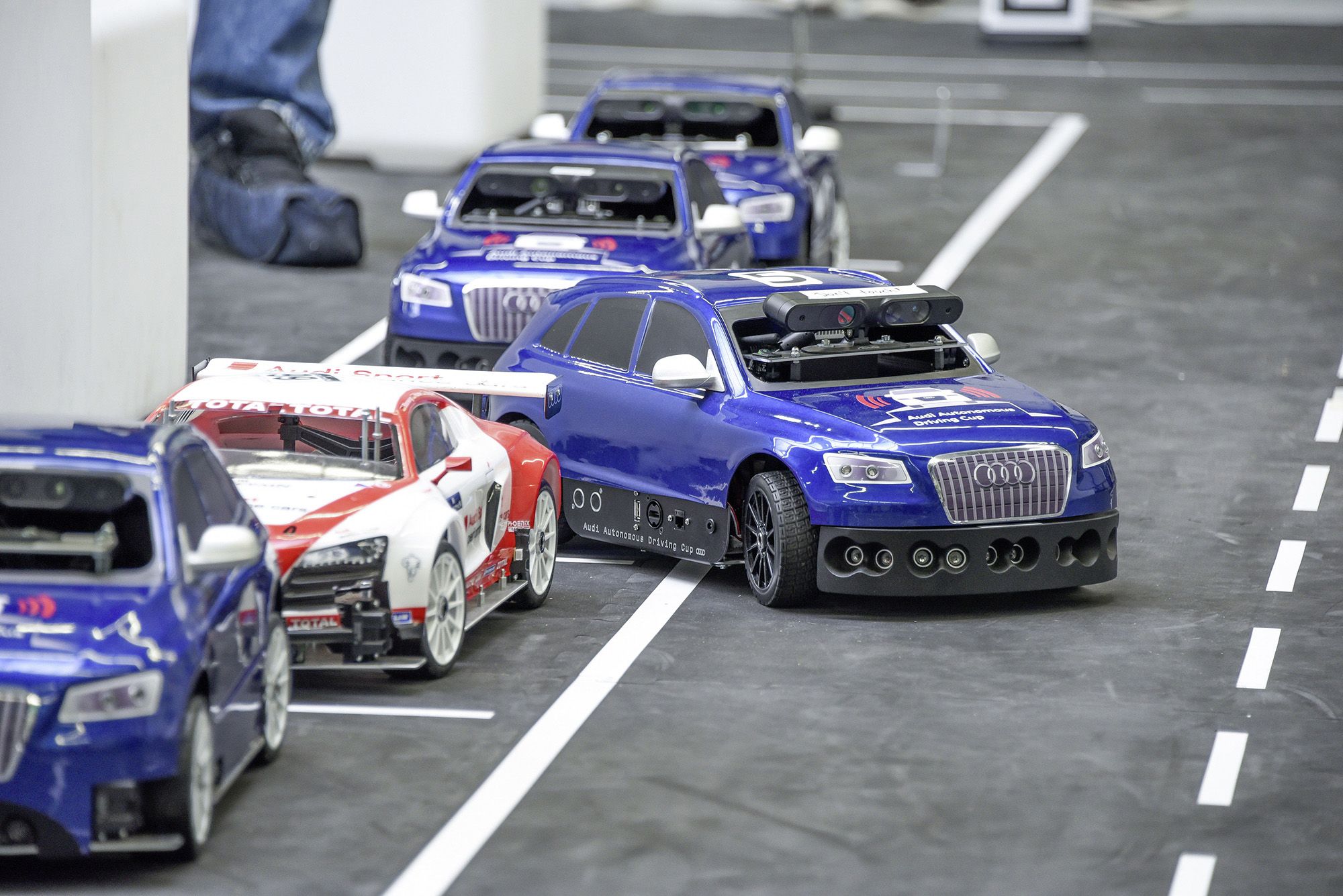 Is Audi playing with the autonomous driving cars? Or, on the contrary, it takes too serious this technology? Most certainly the both versions are true, as it organizes for the second time the Audi Autonomous Driving Cup for 1:8 scale models!

The competition is addressed to the students and it’s prices are pretty consistent, totaling 16.000 euros. The cars are driven by especially developed algorithms, based on the software supplied by Audi. All the eight universities qualified for the final stage of the competition modified the software in their own way, to best process the data from the sensors and control the car in certain given situation. Audi prepared a circuit which should be automatically completed by the cars as fast and accurate as possible. The circuit has been designed to mirror the real-driving conditions, including obstructions, cross-traffic junctions, road signs and flow traffic. The cars should avoid all the obstacles by emergency-braking, read and interpret the signs, follow the car in front and take turns over oncoming traffic band.

In the process of developing their cars, the students will use the discoveries made during the last year’s competition, allowing Audi to raise the bar year after year. Along the mandatory task of automatically negotiate the circuit, the student’s cars can perform an additional freestyle program, to demonstrate their capabilities. The final score will be also influenced by the presentation of the car’s development. Winning the competition will bring 10.000 euros to the best team, while the next two places will receive 5.000, respectively 1.000 euros.