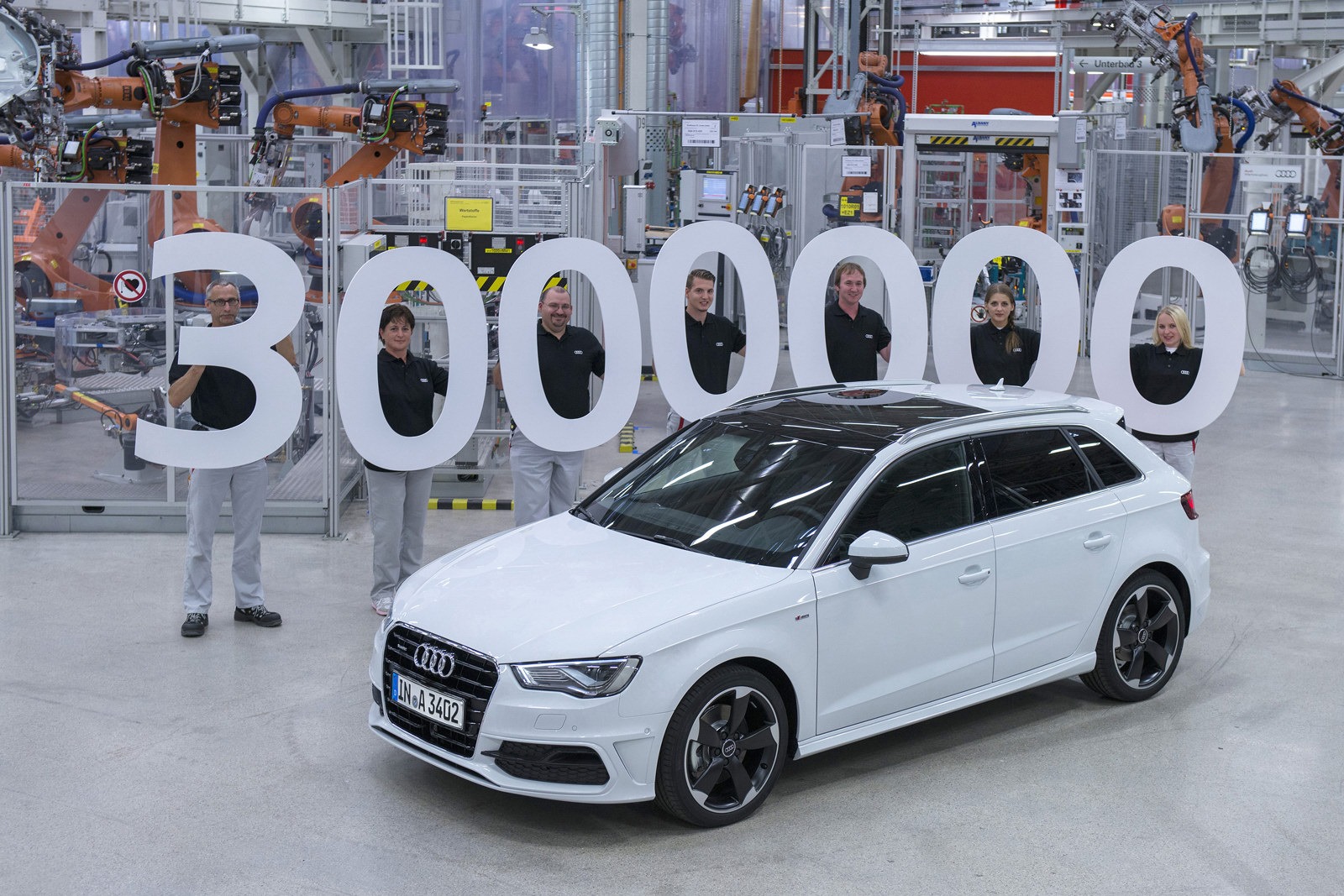 The German folks at Audi achieved an important milestone as they just built the three millionth A3 in the company’s history. Audi sells the A3 since 1996 with the first generation being sold in 913,000 units and the second one in almost 2,000,000 vehicles.

Last year, the company built 152,993 A3s at the German plant in Ingolstadt.

Available in 117 countries around the world, the new Audi A3 is available in several variants including the standard hatchback, Sportback but also S3 and RS3 models.

“With the Audi A3, we have created a new brand segment – we have been setting standards in the compact class with innovative technology and first-class quality for 17 years now,” says the company.

Somehow surprising, we do know that the range will be extended with at least two models. We talk about the A3 Sportback e-tron, expected to debut next year, but also about a sedan version of the A3, a first for this model.