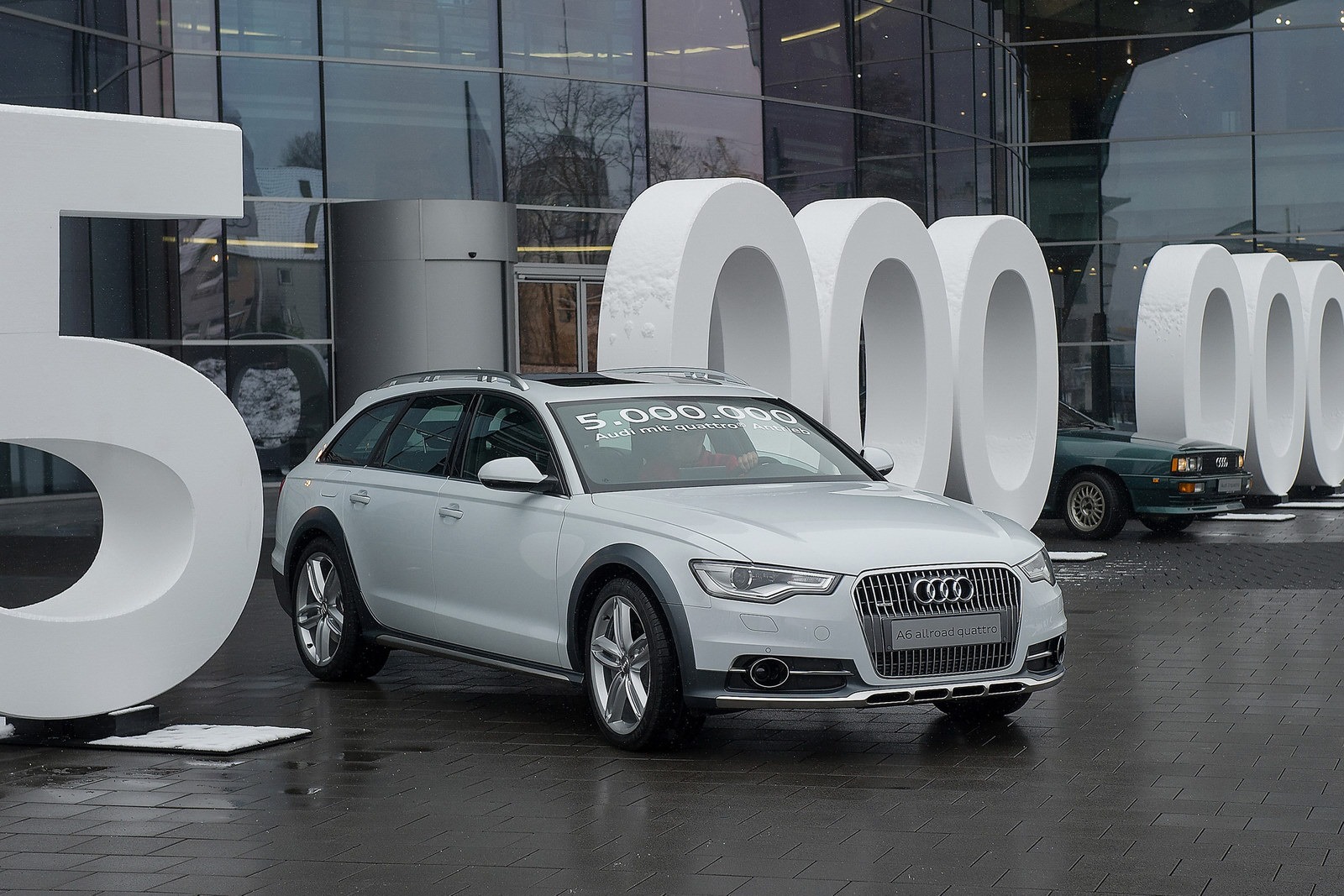 The German officials at Audi announced that the five millionth model fitted with the quattro all-wheel drive system has just rolled off the assembly line.

The company unveiled the first quattro model in 1981, that time only racing models benefited from this system. According to the company, a total of 140 vehicles wearing Audi’s badge are now benefiting from this quattro system.

The new Audi A1 does not benefit from this system in standard configuration but there is a special A1 Quattro which comes handy if you want a four-wheel drive A1. A total of 43% of all Audi models sold last year were quattro models.

The celebrating model is an Audi A6 Allroad wearing a grey finish and fitted with a 3.0-liter TDI diesel.

With this been said, we have to congratulate the German brand for this impressive milestone and, to be honest, for managing to sell safer vehicles thanks to the all-wheel drive system.