Audi kicks off production for new A3 Cabriolet 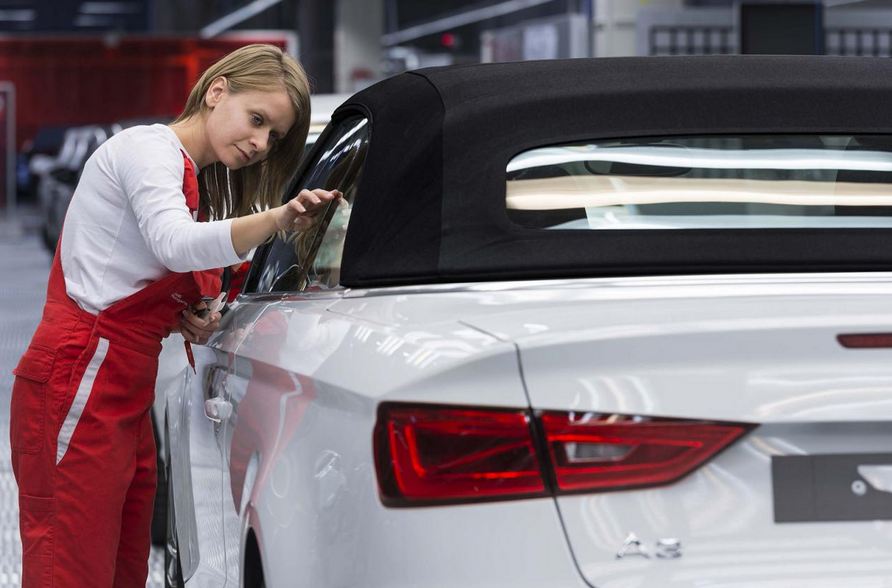 The Germans at Audi officially announced that the new A3 Cabriolet entered production at the Hungarian plant in Gyor. They plan to build at least 125,000 units every year.

The open-top model is very similar to the sedan sibling, riding on the well-known MQB platform. Power will be offered by a 1.4-liter TFSI producing 140 horses, a 180-horsepower 1.8-liter engine and a 2.0-liter diesel delivering 150 horsepower.

These are the engine choices you will get at launch but more powertrains will be introduced later. The new Audi A3 Cabriolet features a soft top which can be operated at speeds up to 50 km/h.

If the new German model is on your wishlist, you have to know that Audi already opened the pre-orders with first models to be delivered starting next year. Pricing for the A3 Cabriolet starts €31,700 at in Germany.