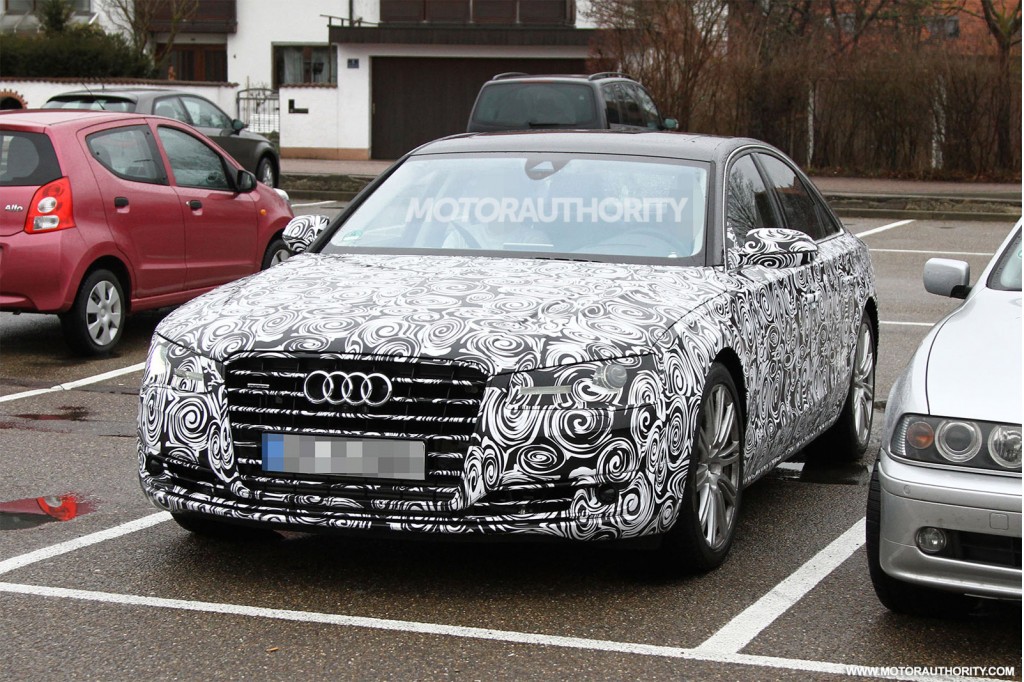 The Germans at Audi took the new A8 flagship sedan out for some tests. This is our first opportunity to get a closer look at the revised Audi A8, namely a facelift model which is going to be unveiled in world premiere sometimes next year.

At a first glance, the new model benefits from revised optical blocks, redesigned bumpers, front grille and side skirts.

In the rear we also find new tailpipes and taillights but the thick layer of camouflage won’t let us get a complete view of the improvements.

Last but not least, a more potent 6.3-liter W12 FSI engine producing around 500 horsepower will sit on top of the range. Inside, a revised infotainment system will be offered alongside reworked dashboard, instrument cluster and other tweaks.