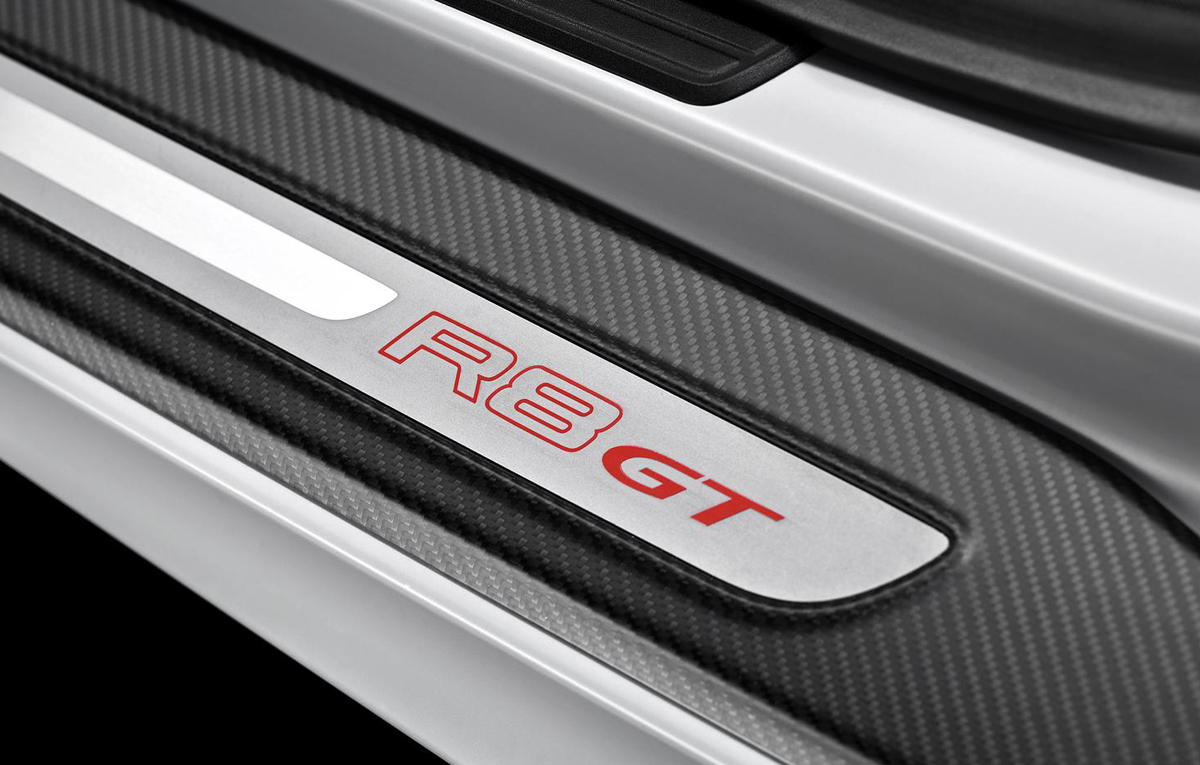 With 560 horsepower and 100 kilograms less than the classic version V10, R8 GT promises 3.6 seconds for 0-100 km/h and a top speed of 320 km/h. Audi R8 fans have a new reason for joy after the weekend that just passed. German manufacturer revealed the official information and photos of Audi R8 GT, a sporty version of the model from Ingolstadt that will be produced in a limited edition of 333 copies. Each of these will cost 193,000 euros.

Among the changes that R8 V10 coupe has received is distinguished especially changes related to implementation of solutions to weight loss of the German model. So, Audi engineers have managed to cut 100 kg of R8’s mass by fitting a thicker windshield glass, by changing the rear spoiler and by substitution of the rear hatch. Thus, Audi R8 GT’s total mass reached 1525 kilograms.

While talking about the same 5.2-liter V10 available with quattro four-wheel drive, German engineers have modified the central unit’s parameters to get 525-560 hp, the maximum torque of R8 GT reaching now at 540 Nm/6500 rpm. In these conditions, the Audi R8 GT reaches 3.6 seconds from 0-100 km/h and the maximum speed reached is 320 km/h.