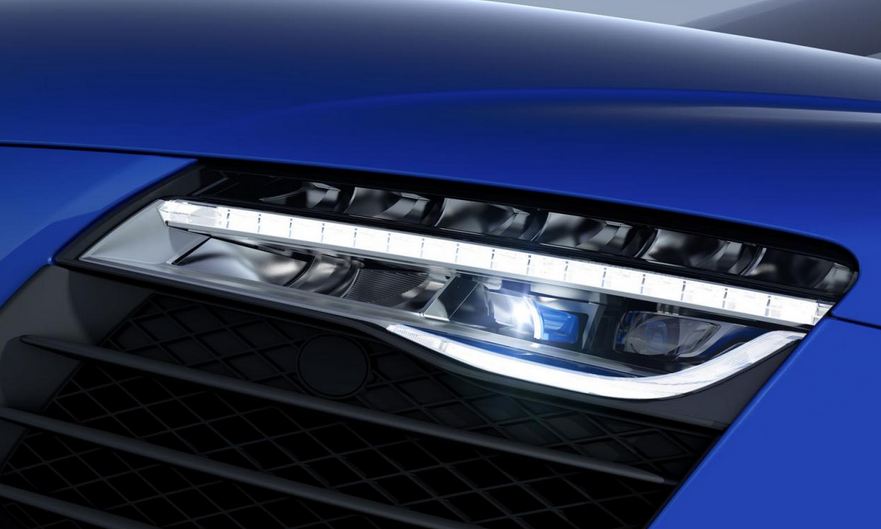 Audi officially unveiled the new R8 LMX, the first production vehicle to laser high beams, at least according to the carmaker. The LMX moniker is designed to outline the new laser headlights which are capable to provide white light at 5,500 Kelvin.

The new beams provide a better visibility and are also capable to adjust compared to the other cars on the road. At the exterior, the German model gets a new Ara Blue finish, 19-inch alloy wheels, gloss black tailpipes, carbon fiber inserts and a rear wing.

Pricing for the all-new Audi R8 LMX start at €210,000 with only 99 vehicles to exit the factory gate before reaching customers this summer.