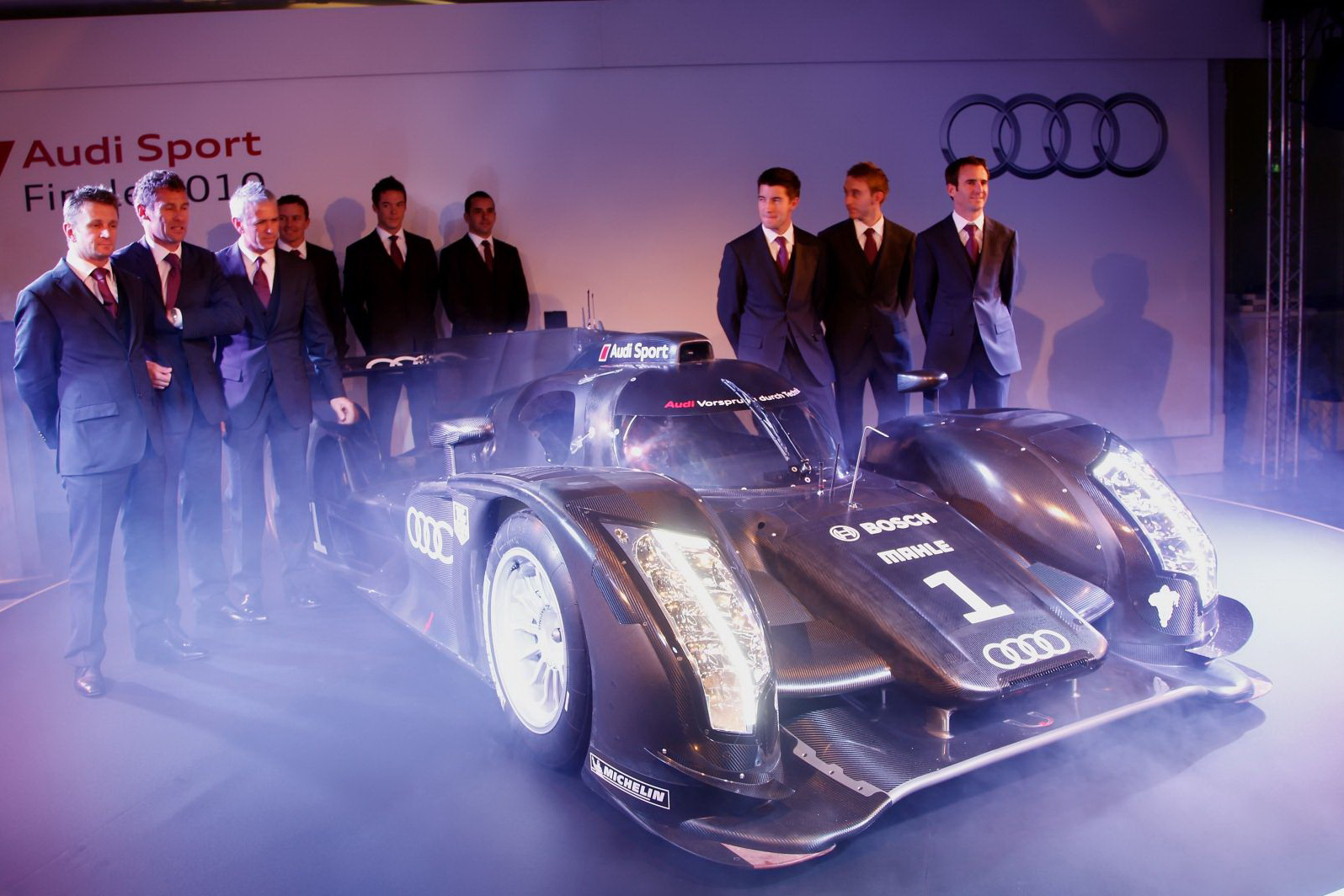 The rumors become truth and fact as the Ingolstadters unveil the R18 endurance racing car.

The new Audi racer is very striking and two changes immediately become visible but, as always, there’s more than meets the eye.

The two most easily spotted changes on the LMP 1 class endurance racing Audi R18 are the new closed cockpit (new for Audi as other teams have been using it for a while) and the new headlights.

We’ve spoken before about the cockpit changes but the headlights are something new, they feature LED daytime running lights and are enormous in almost every aspect.

Now, since this is a racing car, the Go is more important than the Show. The Audi R18 has a new chassis, a new body, a new engine and a new transmission.

Basically, apart from the fuel and drivers going into it there’s not much resemblance between the R15 and the R18. The new Audi R18 runs a 2.7 liter V6 TDI diesel engine which is teamed to a new transmission.

As far as the body and chassis are concerned Audi have managed to improve on both those aspects as aerodynamic efficiency has been greatly improved and the new one-piece carbon fiber monocoque provides as much stiffness as a car can get.

According to the Germans the new Audi R18 has already seen some testing but the true test will be out there at Le Mans’ 24 hours endurance race.