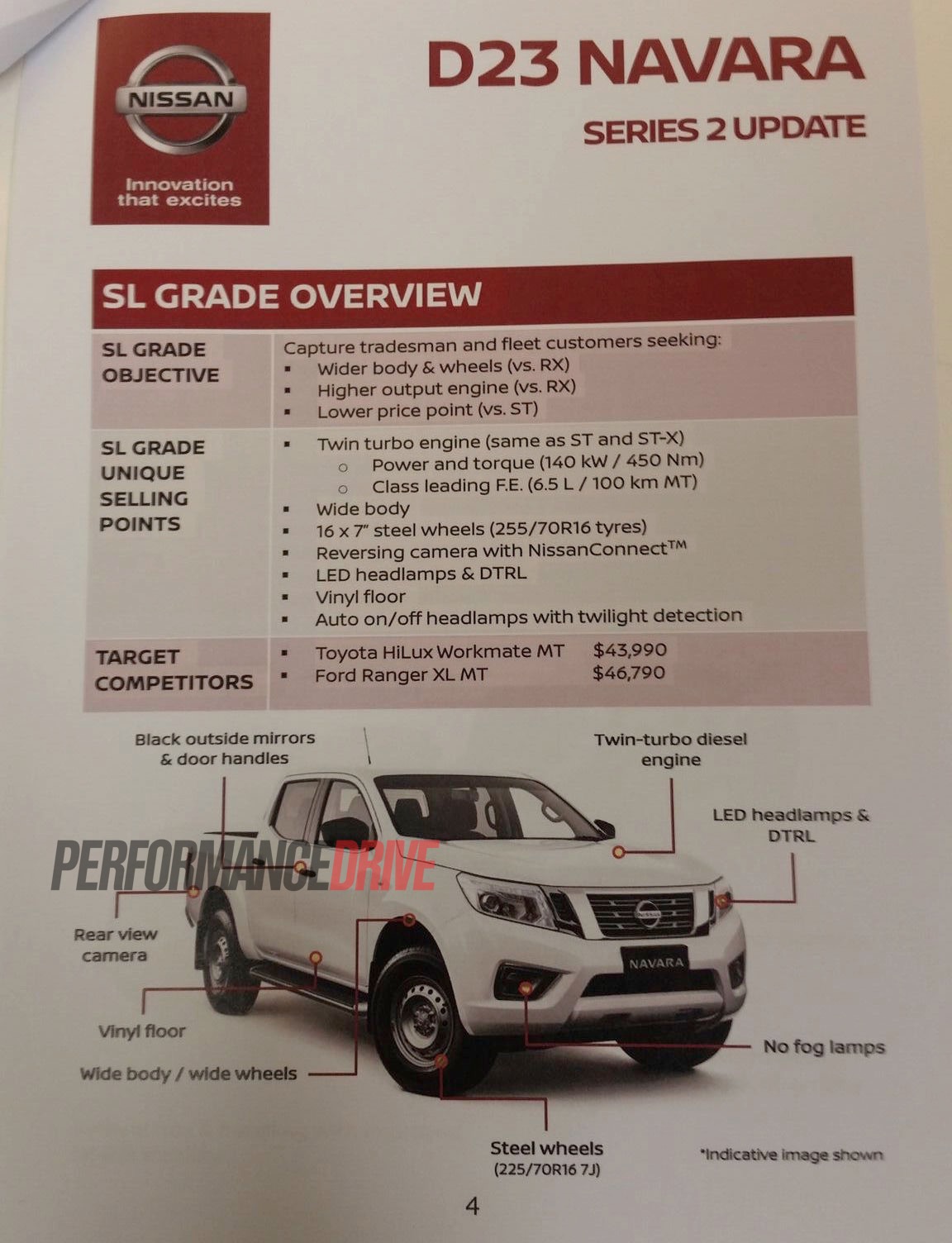 According to recent leaked documents, the Japanese based carmaker Nissan is planning the introduction of a new version in Australia, which will join the Navara Series II lineup, called the Navara SL pickup, the model bringing significant upgrades compared to the present model.

The 2017 Nissan Navara Series II SL is actually a dual-cab version with quite impressive updates in terms of powertrain and styling. It will thus join the rest of dual-cab lineup, comprising the RX, ST, ST-X as well as the ST-X.

Besides the additional styling bits, the all-new 2017 Navara Series II SL is also equipped with the new suspension for both the 4×2 and the 4×4, adding front and rear dampers, rear springs, as well as rear rebounder dampers.

In the engine department, the dual-cab comes fitted with a twin-turbo diesel engine, the same one found on the ST and ST-X, meaning 140 kW and 450 Nm of torque. The engine is hooked to a manual transmission and allows a consumption of just 100L per every 100 km.

Once it will be introduced on the Australian soil somewhere at the beginning of next year, the 2017 Nissan Navara Series II SL version will become the direct rival of the Toyota HiLux Workmate or Ford Ranger XL. More details concerning price tags will be announced prior to its arrival in dealerships countrywide.