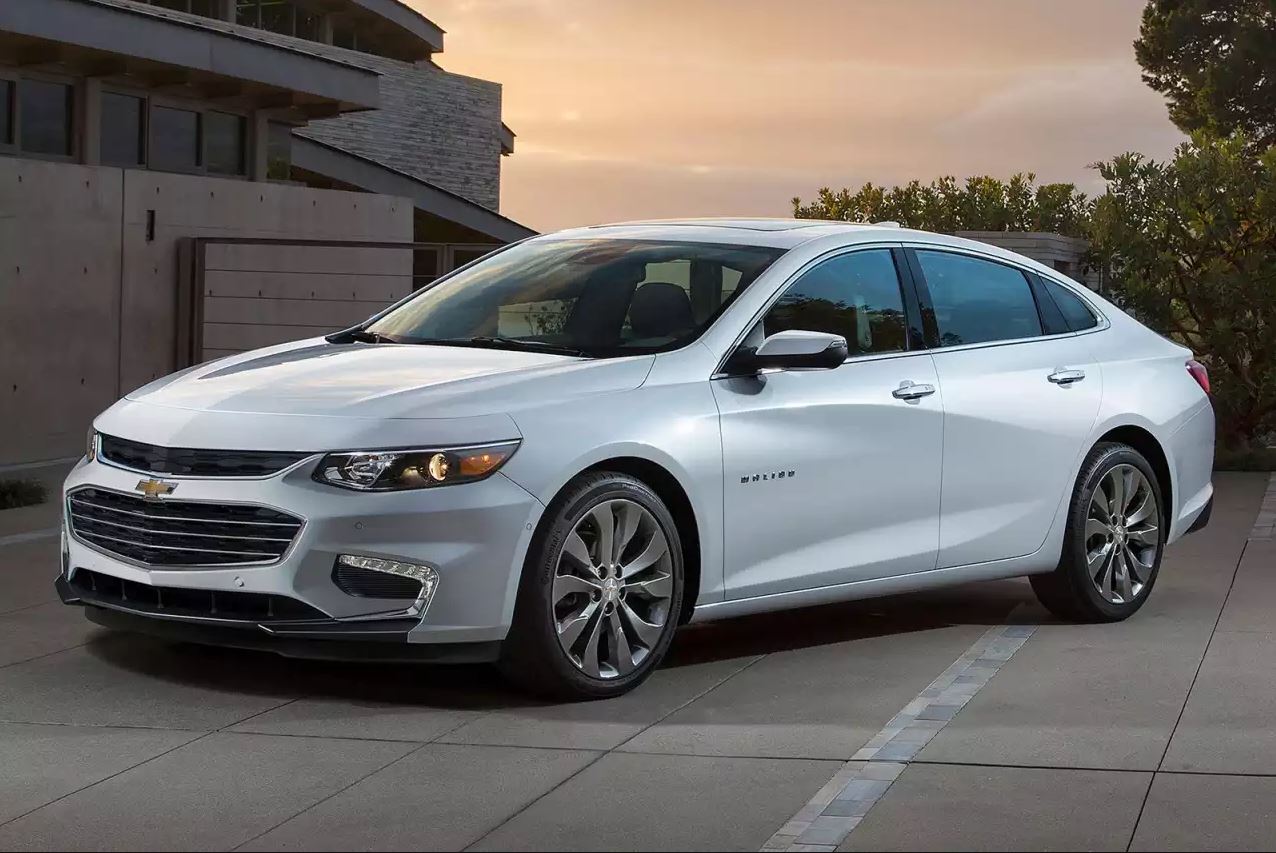 It’s 2017, and nobody is arguing the impressive fuel savings and economic value of the smart car. The technology behind smart cars is swiftly improving, leading to more innovative vehicles in 2017. If you’re in the market for a smart car, consider one of these best-in-class vehicles:

This midsize hybrid vehicle outperformed its hybrid competitors in many reviews and rankings, sitting almost at the top of the entire midsize vehicle class. Its fuel efficiency is excellent, achieving about 49 miles per gallon in the city and 43 on the highway. Yet its fuel economy doesn’t take away from its performance – the Chevy Malibu hybrid has two powerful electric motors and a 1.8L four-cylinder engine for 182 horsepower.

Enjoy smooth, uninterrupted acceleration from the Malibu’s electric engines, which can achieve speeds of 80 km/h without switching to gas.

The UK’s sister car of the American-made Chevrolet Volt, the Vauxhall Ampera features a 1.4-litre petrol engine paired with an electric generator and motor. The Ampera is capable of up to 50 miles of travel on electricity alone, and boasts an impressive 148 horsepower. Drivers report that when the vehicle switches from electric power to petrol, the difference is almost undetectable aside from the built-in digital display. 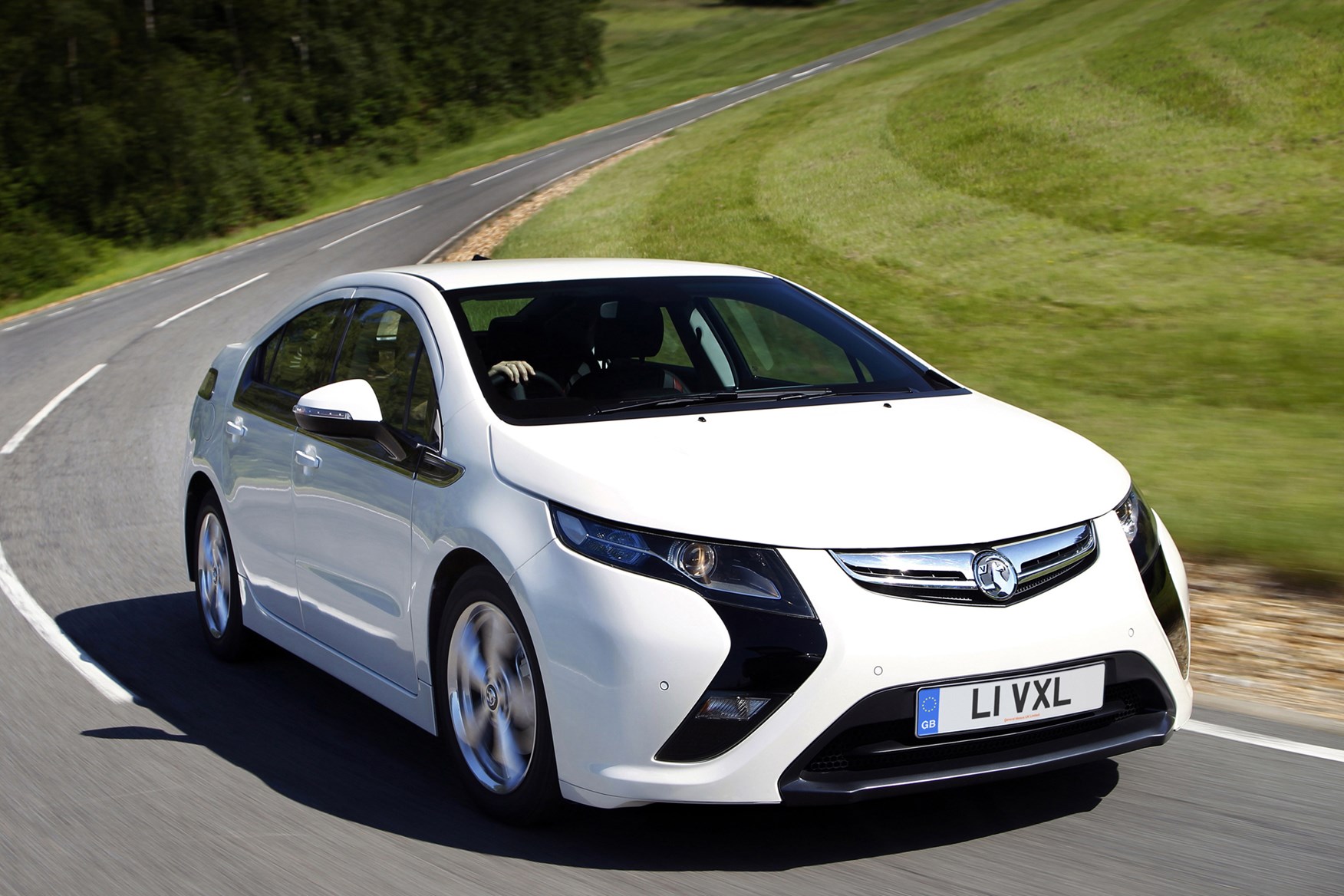 While the Ampera has a somewhat high price point – about £28,750 after the £5,000 electric car grant, the cost of ownership is significantly offset by the astounding 235.4mpg afforded by this hybrid.

The Toyota Yaris made the list of top cars for its reliability, high safety scores, and low running costs. The Yaris costs about £608-676 per year, based on driving 10,000 annually. This vehicle is highly fuel efficient, emitting only 75g/km of CO2. The Yaris might not be the top-performing vehicle in its class, but it’s an excellent choice for a buyer on a budget. Its relatively low sticker price is an attractive feature. 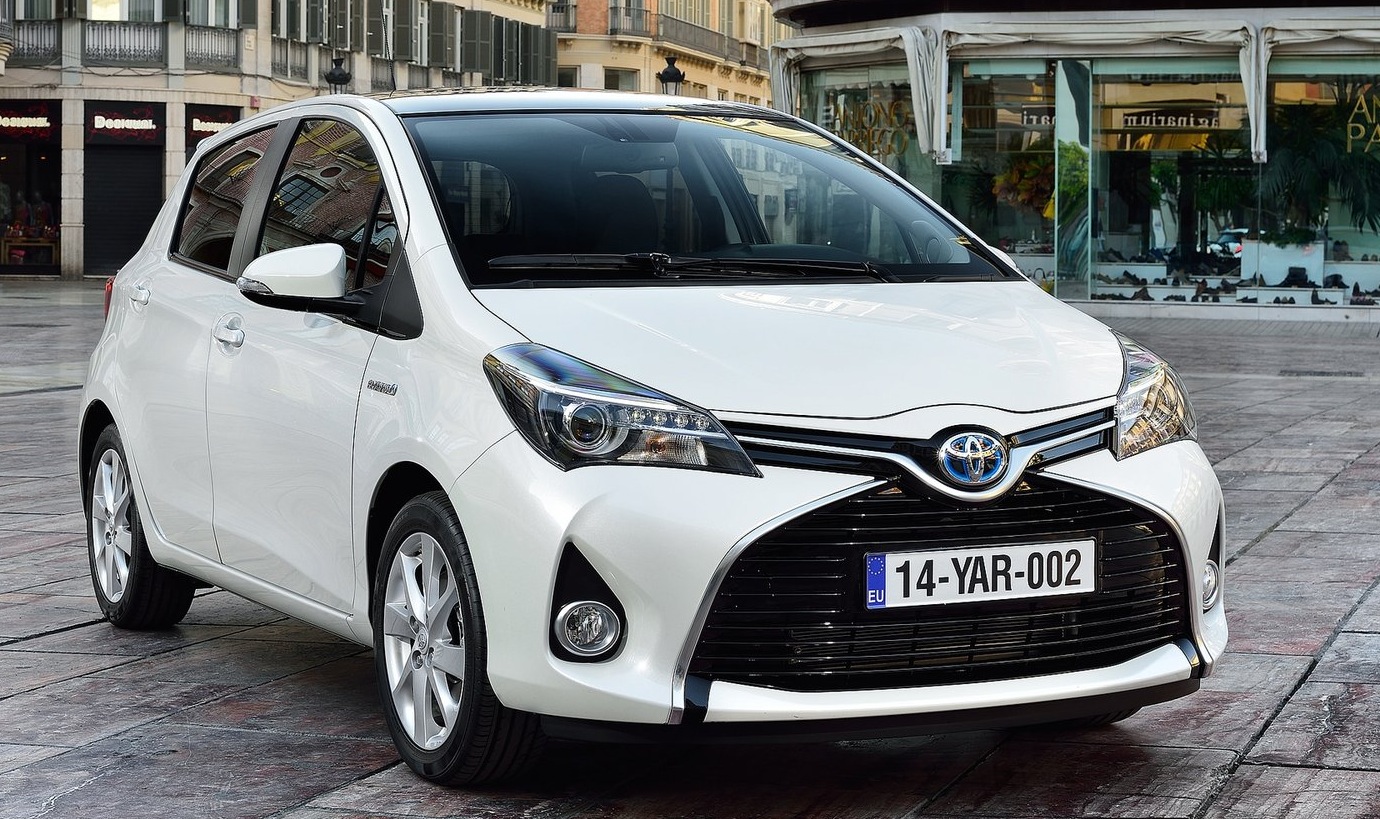 The Toyota Yaris Hybrid can go from zero to 62 miles per hour in 11.8 seconds, with a top speed of 103 mph. The new Toyota Yaris is ideal for individuals and families and would make a superb city vehicle.

Honda has reintroduced the Accord Hybrid for 2017, advertising it as the company’s “best Accord.” This technologically sophisticated midsize car has a touch-screen infotainment system, dual-zone climate control, and comfortable 10-way power seats. 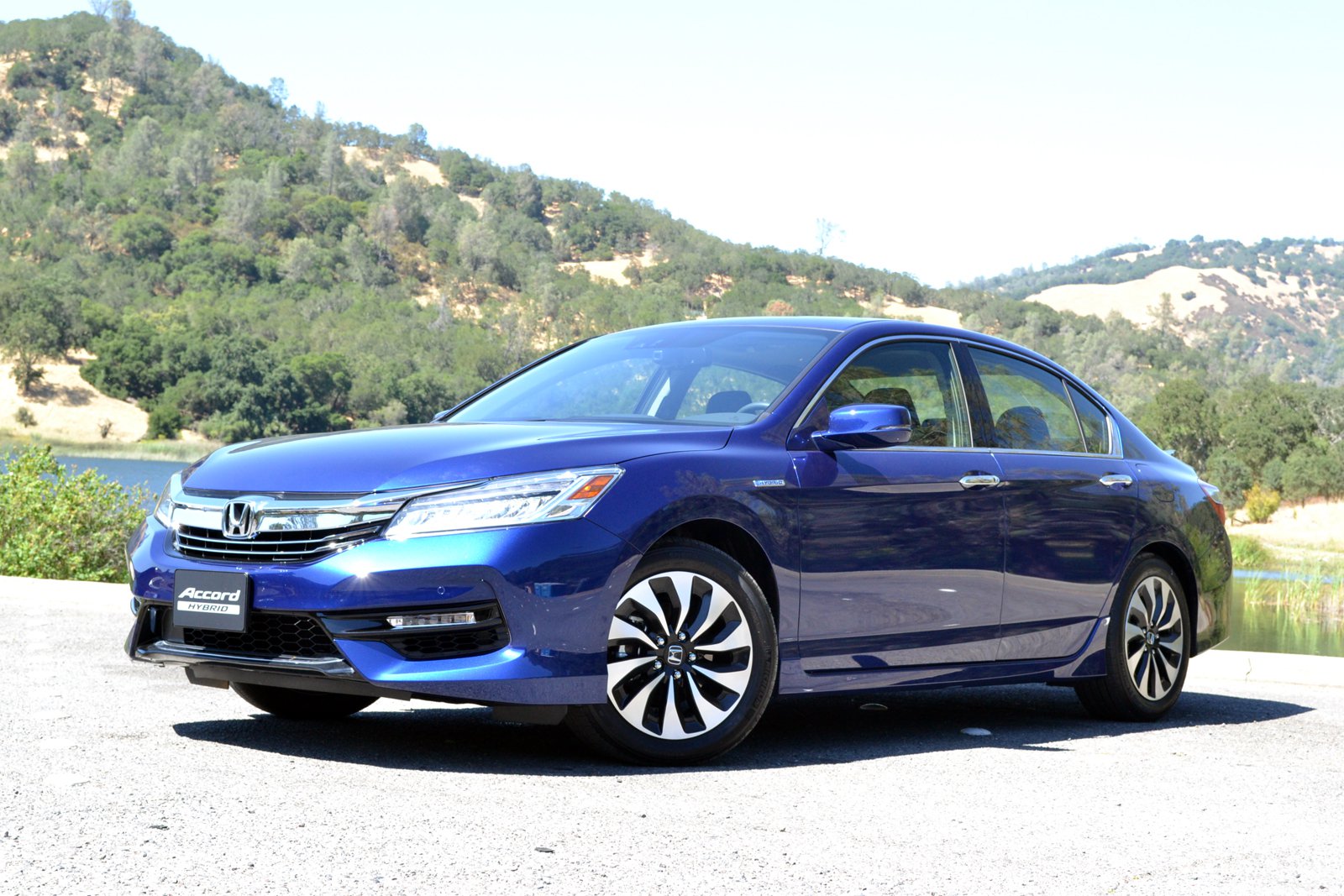 Aside from the technical details, the new Accord has fuel economy that outpaces most of its rivals. This vehicle earns about 49 miles per gallon in the city and 47 on the highway. A four-cylinder engine with electric motor power gives this car plenty of power for typical driving excursions, although it can get noisy when pushed. There are plenty of safety features in the Accord thanks to the HondaSensing suite of technologies. All around, the 2017 Honda Accord Hybrid is a high-quality and efficient midsize vehicle.

When it comes to compact hybrid vehicles, the Toyota Prius Prime may take the cake. The 2017 Prius model has outstanding fuel efficiency, boasting the “most efficient car in America.” This vehicle is chargeable, a departure from previous Prius models. It gets up to 54 miles per gallon in the city and 50 on the highway. 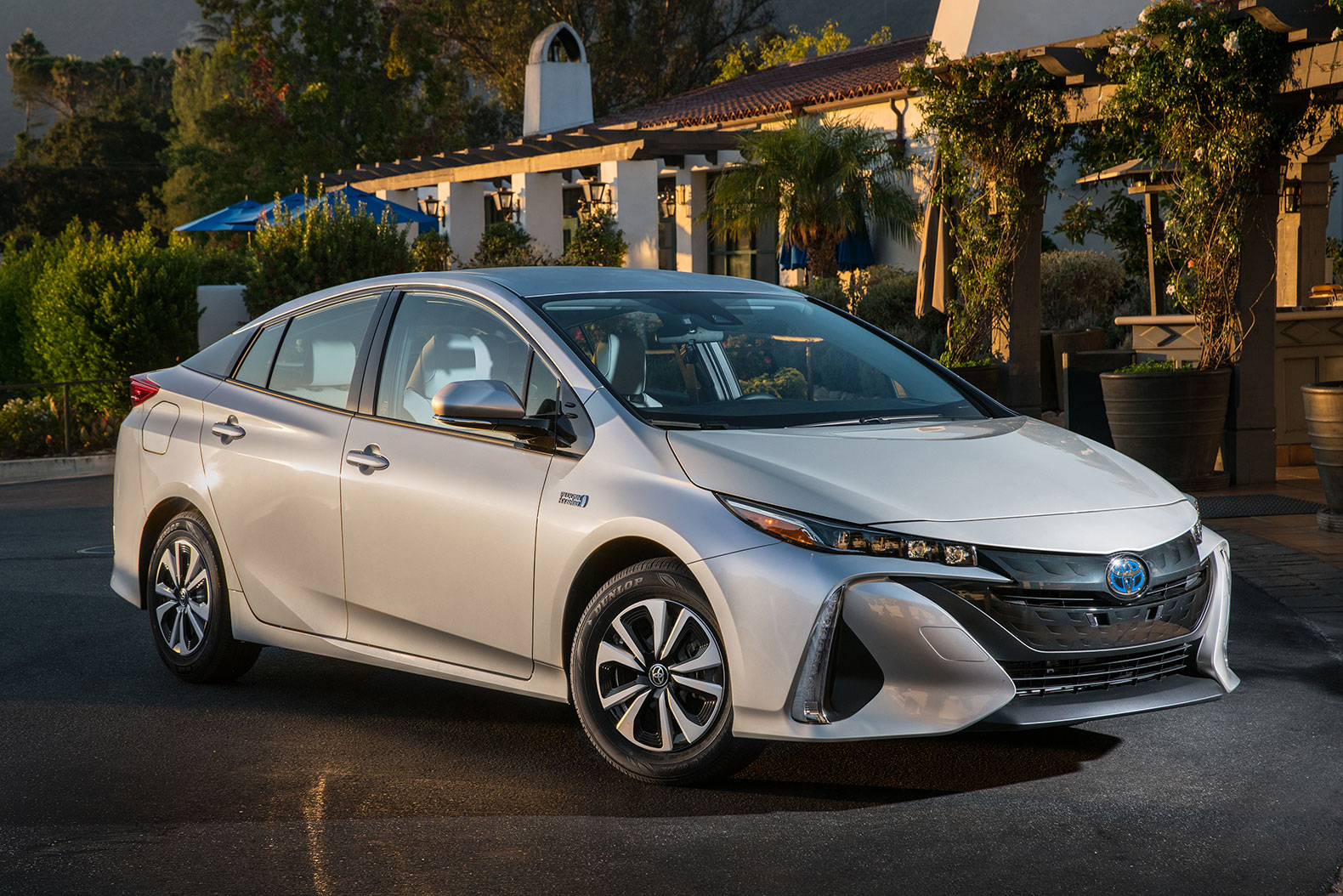 The new and improved Toyota Prius has a 1.8L four-cylinder engine and two electric motors, combined for 121 horsepower. One of the biggest perks of driving this vehicle is the amount of room in the interior. The Prius Prime is comfortable and spacious, with ample room for cargo. This might be the car for you if you prioritize fuel economy over all else in a hybrid vehicle.