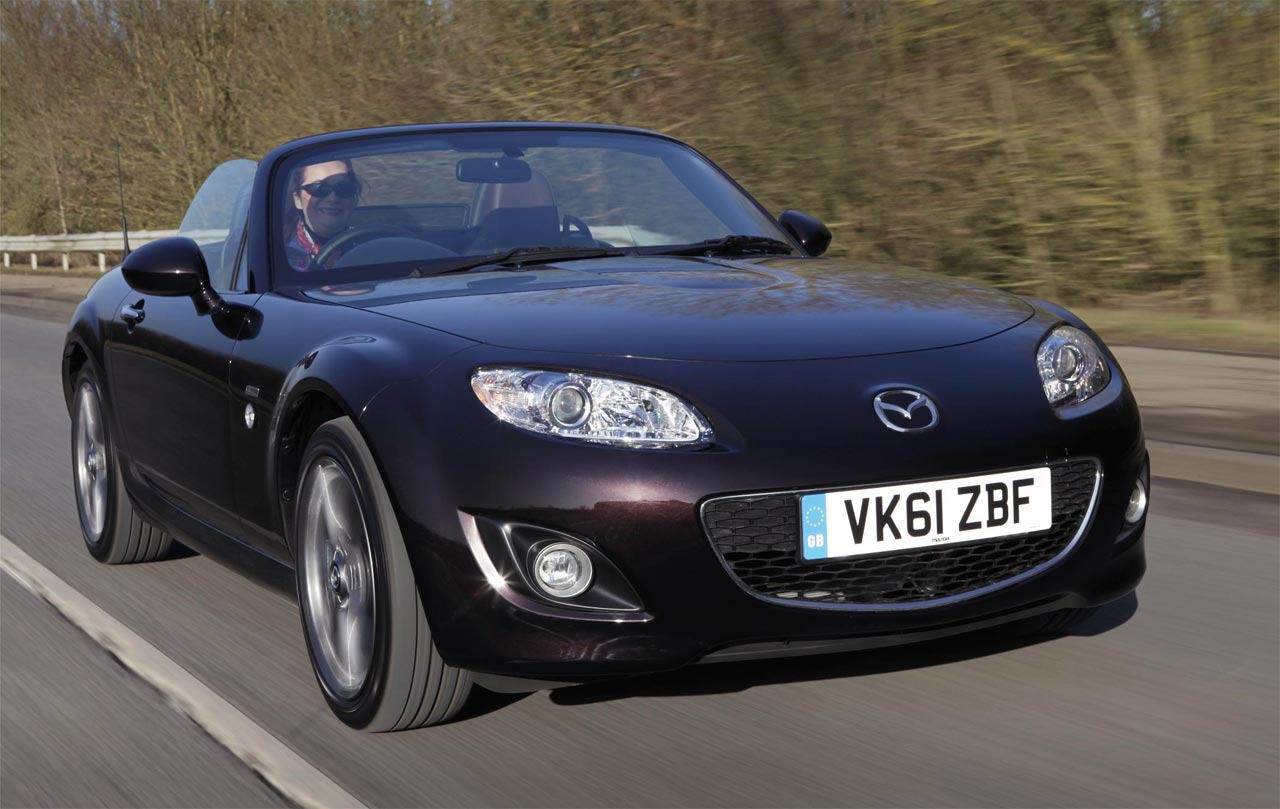 The British invented the roadster. The British don’t really make them anymore, but they still love buying and thriving them.

If you look round the market place, you’re not going to see too many options available and in the low cost area, the Mazda MX-5 is just unbeatable.

The popularity helps, but it also comes at a cost once you get to see too many of the same car at any particular place.

It has rockets, lasers and machine guns. Actually, it doesn’t and to further bring you down, it’s not really that special an edition.

The 2012 Mazda MX-5 Venture Edition is a actually a renamed version of the Spring Edition they’d already made last year.

You can have a Ventura Edition with both the regular roadster version and the Coupe spec’d hardtop version of the MX-5.

The pricing levels are roughly the same as any other MX-5 special edition, which means its on the verge of being worth it.

Still, you can get one for as low as 18.995 on the road in Britain so if you feel like being one of 800 special customers, you might want one.