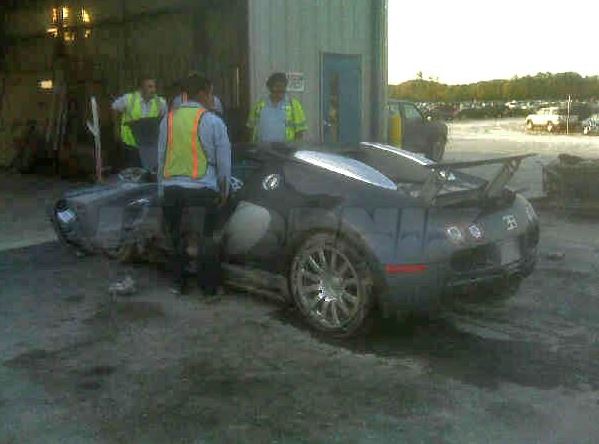 Do you remember the video that went pretty much viral in 2009 which presented a Bugatti Veyron taking a plunge in a lake?

Well, recent news point towards the fact that the whole incident was actually attempted insurance fraud, and the Veyron owner was found guilty.

Beck in 2009, the Veyron was still pretty much the top dog when it came to hypercars, so seeing one ruined was just sad. Now this news comes, adding insult to injury. While you can understand the allure of grabbing a truckload of money from an insurance company, purposely destroying a car for it just isn’t right.


While initially saying it was caused by a low flying seagull, the owner later changed his statement saying he dropped his phone. For his deed, Andy House (owner) faces 20 years in prison. If you ask me, that is a bit too excessive, especially since he eventually pleaded guilty.

Tweet TweetIt seems that the Bugatti Veyron will not see the sunrise again in around two years,...