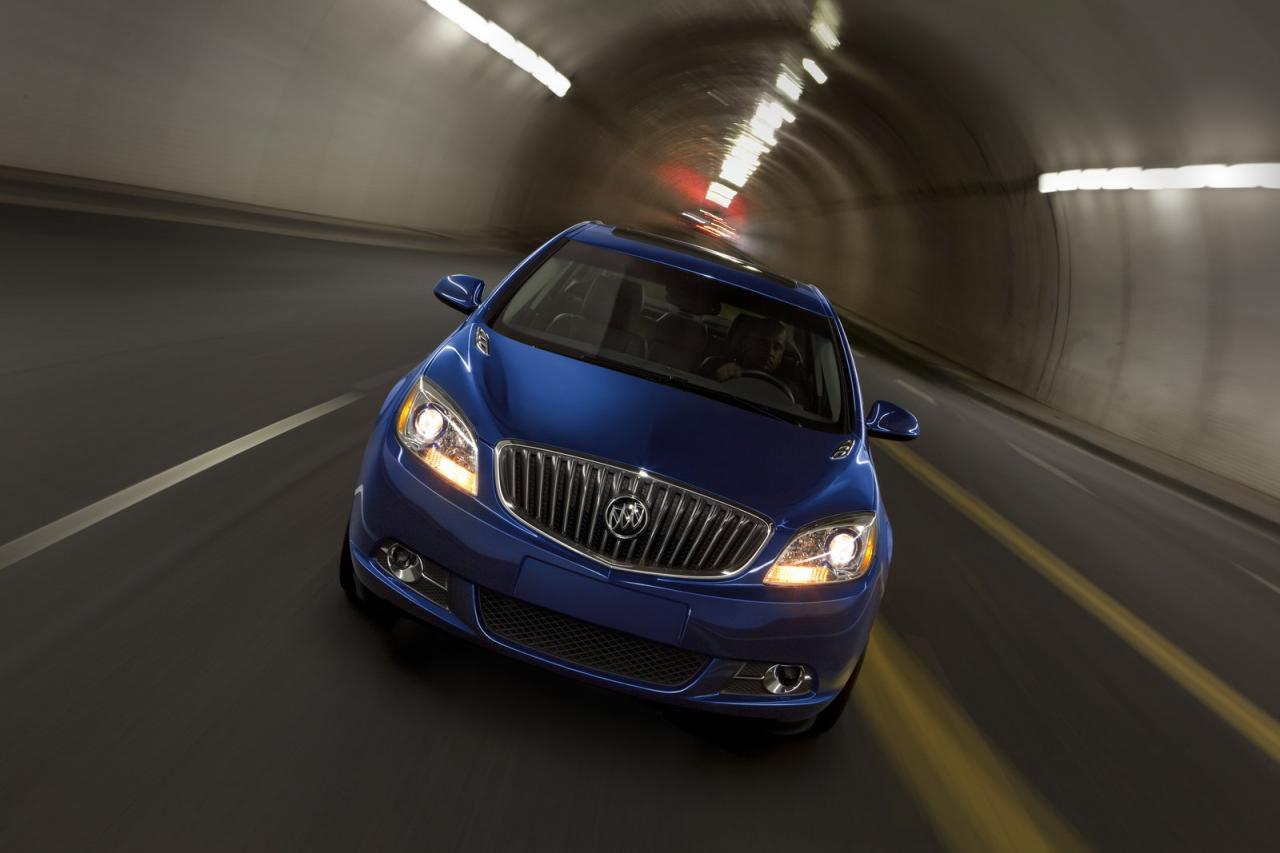 Buick officially presented today EPA fuel economy figures for the 2013 Verano Turbo, a model which sports the same engine found on the 2013 Regal GS. We talk about a 2.0-liter Ecotec unit capable to develop 250 horsepower and 353Nm of torque.

In terms of fuel economy, the new Buick Verano Turbo returns figures of 20mpg (city) and 32mpg (highway) when coupled to a six-speed manual gearbox.

If the previous Verano starts at $23,470, the new model should receive a higher price tag considering that it gets several improvements such as a dual-pipe exhaust, new rear end and sport alloy pedals.

However, Buick revealed no official pricing for the Verano Turbo, mode details following to be released at the model’s debut in October. Even we don’t know the exact price of the new model, we do have some official photos which let us to get a closer look.