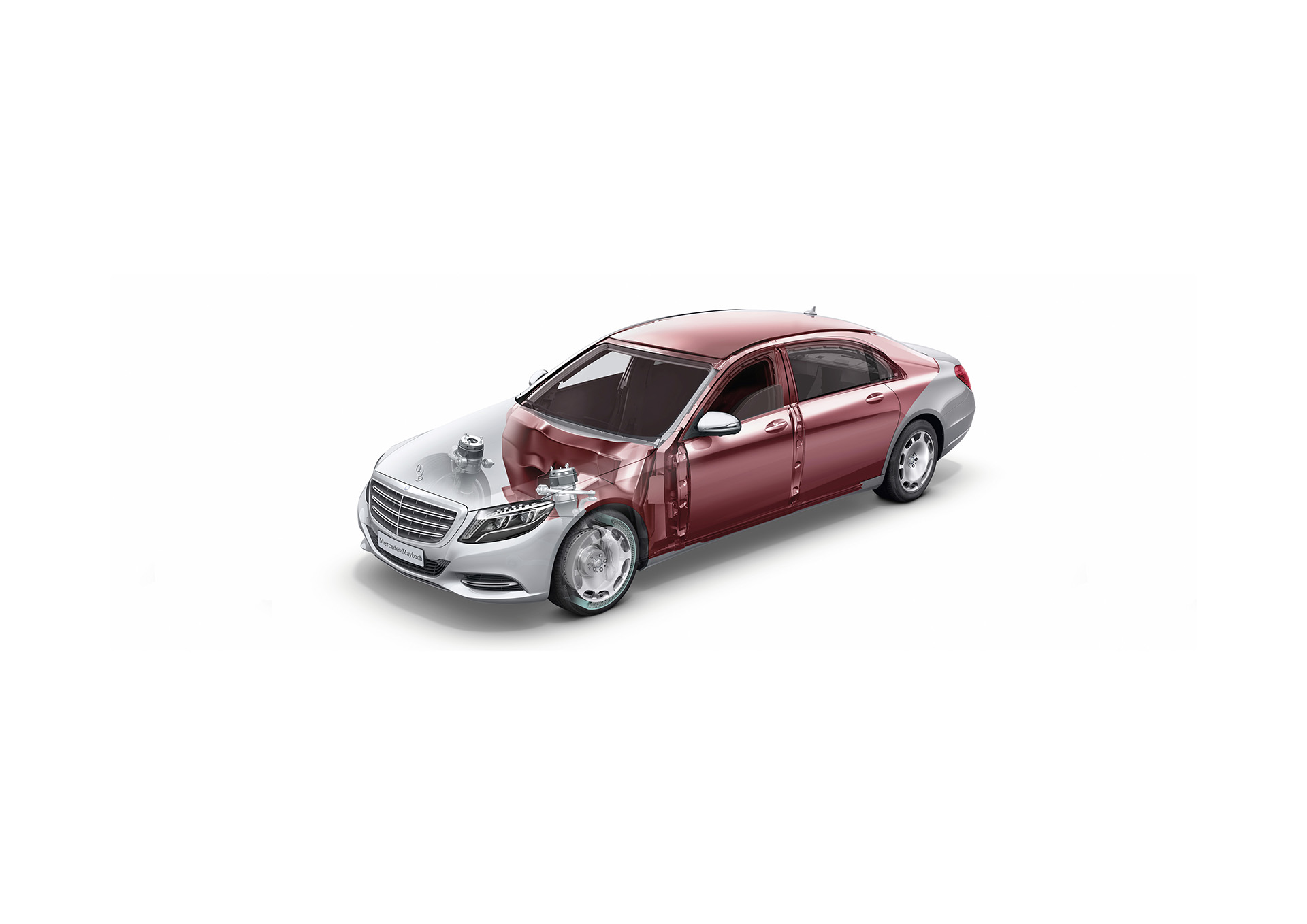 So, you plan to buy a Mercedes. A Maybach S 600 maybe? If so, you’re protected from the potholes, because one of of the most advanced suspension on the market. You’re also protected from accidents, thanks to the exceptional active and passive safety systems. But what if you plan a trip to Afghanistan? Well, for those of you, Mercedes launches the “Guard” version. Oh, and one more thing: your safety costs €470,000 plus VAT.

And no, I’m not kidding: though no one encourages this thing, you can go in the middle of the conflict with this tank, as it received the highest ballistic protection ever for a civilian vehicle. It’s called VR10 and is as mean as it sounds: the car’s windows and body resist to the “hardened steel core bullets fired from an assault rifle”. Even more: it has been also rated as explosive resistant vehicle, receiving the ERV 2010 certificate.

My question is why didn’t they fit it with tank treads? Because it would be ostentatious. And another interesting part is that the car looks fairly similar to its non-protected brother, so it won’t come into notice even more. They started their work from the bodyshell stage, by using special steels, PE components and aramid, especially at interstices and material transitions. The windows are known to offer the weakest level of protection in a car. However, in this case they were coated with polycarbonate for splinter protection, yet retaining the glass’ exceptional visual characteristics. The attacks with bomb are also useless: the doors are armoured while the underbody armouring entirely covers the surface of the passenger compartment for the first time in civilian vehicle history. I would suggest as a next step the poison analyzer, as poisoning remained the only potential threat.