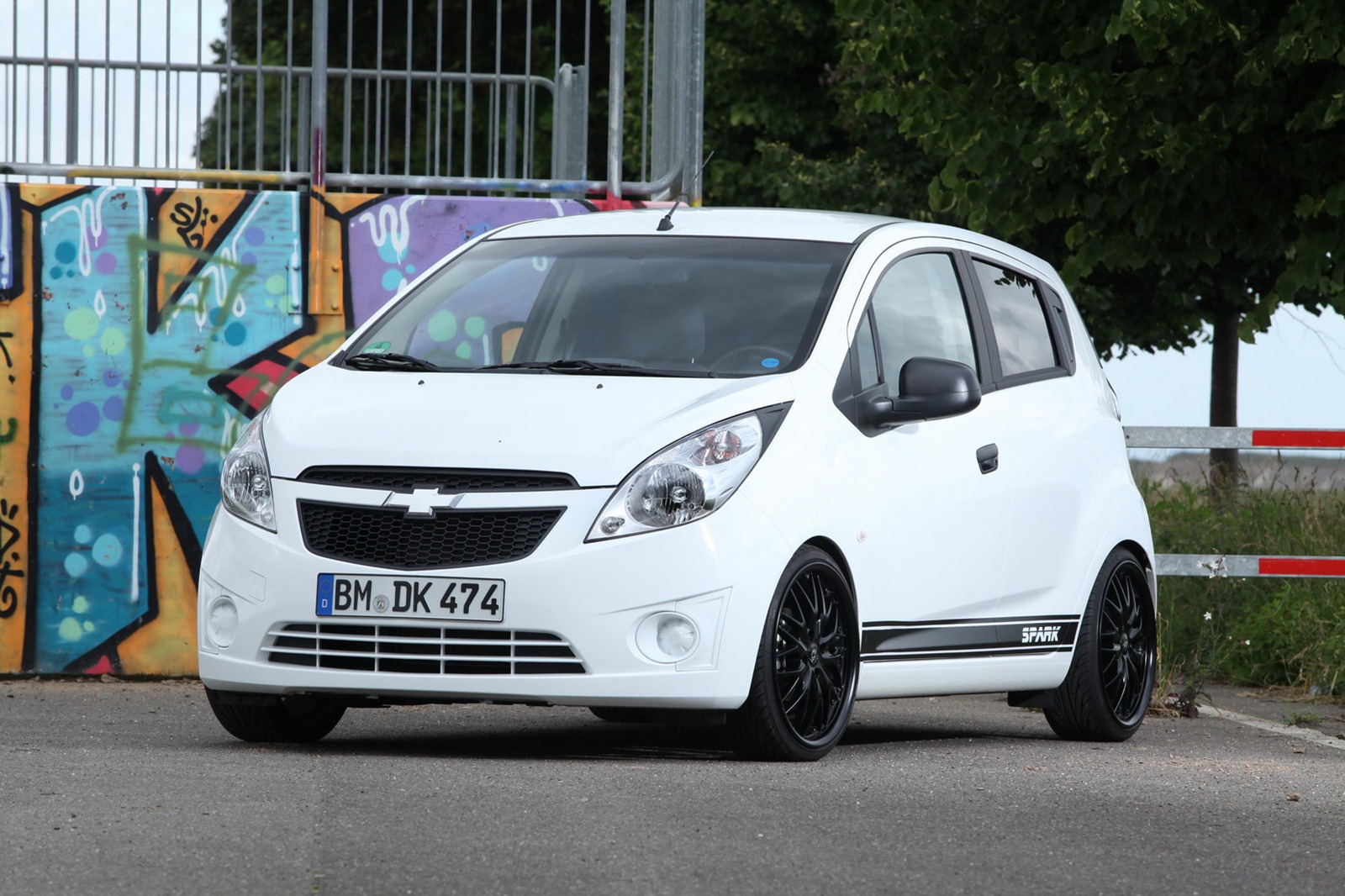 The reason for wonderment here is not that the guys at KBR Motorsport came up with a new tuning project. It’s not even in how they chose a compact city car to apply it to.

The amazement factor comes from this car being the newest version of the Chevrolet Spark that they decided to go with.

Firstly, I really reckon the third generation of the Chevrolet Spark is actually a great design for such a small car and it does just fine on its own.

Secondly, who on earth wants to tune up such a small car? It’s not like there’s any chance at enhanced dynamics.

There’s also not that big a chance that there’s a lot of people to take you seriously in such a tuned car as most tweaked cars can use it for a chalk.

Regardless, maybe catering to those who want a bit of a joke and don’t take city driving and image too seriously KBR Motorsport made quite a few tweaks to the Spark.

They revised the exterior look with a few tweaks to the roof spoiler, the headlamp and grille surrounds and the fog lamp housings.

After that new racing stripes were drawn along the side of the car.

On the more tasty side there’s a set of 17 inch matte black Barracuda Voltec T6 alloys and a new H&R lowering kit for the suspension.

That’s likely to make you look like more of a joke while being somewhat more uncomfortable going around town.