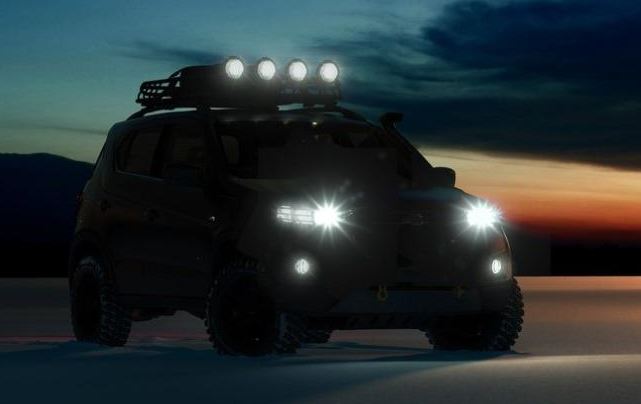 The Chevrolet North American based automaker is preparing the Niva Concept for the 2014 Moscow Motor Show, by teasing us in two pictures.

The teaser images are meant to prepare us for the upcoming Niva Concept, launched here in a rather mysterious way.

We are actually talking about the preview of a future model which will be manufactured by GM in collaboration with AvtoVAZ Company, from Russia, in the shape of an off-roader.

The Chevrolet Niva Concept is rumored to sport some interesting features, like more lights, high ground clearance, advanced design, as well as off-road tires and much more.

Under the hood, the off-roader Niva Concept is also reported to take its power from the 1.8-liter engine, which will replace the 1.7-liter found on the present model.

The unit will develop 135 horsepower and will be also built up in a joint venture with the PSA.

Other than that, little it is known about the performance of the Chevrolet Niva Concept, but we will surely find out more on August 27, at the Moscow Motor Show.