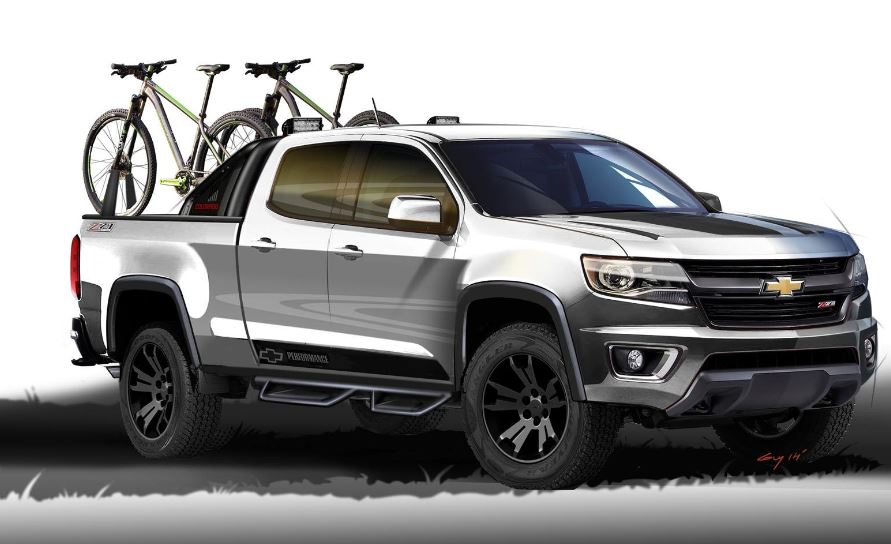 The Chevy North American based automaker has released the first details with the upcoming Colorado Spot Concept, the model coming with some modifications, mainly at the body.

The Chevy Colorado Sport Concept is based on the Colorado Crew Cab Z71 model and comes with a sporty design, meaning wide side steps, plastic body cladding, splash guards, roll bar and one of a kind alloy wheels.

At the back, the Chevy Colorado Sport Concept comes equipped with the FearOn accessory package, which allows the storage of large items above, like bikes or even kayaks, with other additional storage for smaller objects.

Under the hood, the Chevy Colorado Sport Concept would come for now with the same 2.5-liter four-cylinder engine, developing 200 horsepower and 258 Nm of torque.

A higher 3.6-liter V6 unit might come as optional, which would develop 305 horsepower and 364 Nm of torque.

More details with the upcoming Chevy Colorado Sport Concept would be unveiled in the upcoming period, where the carmaker will introduce the model with prices.