Cobra Technology turns the Nissan Juke to the dark side 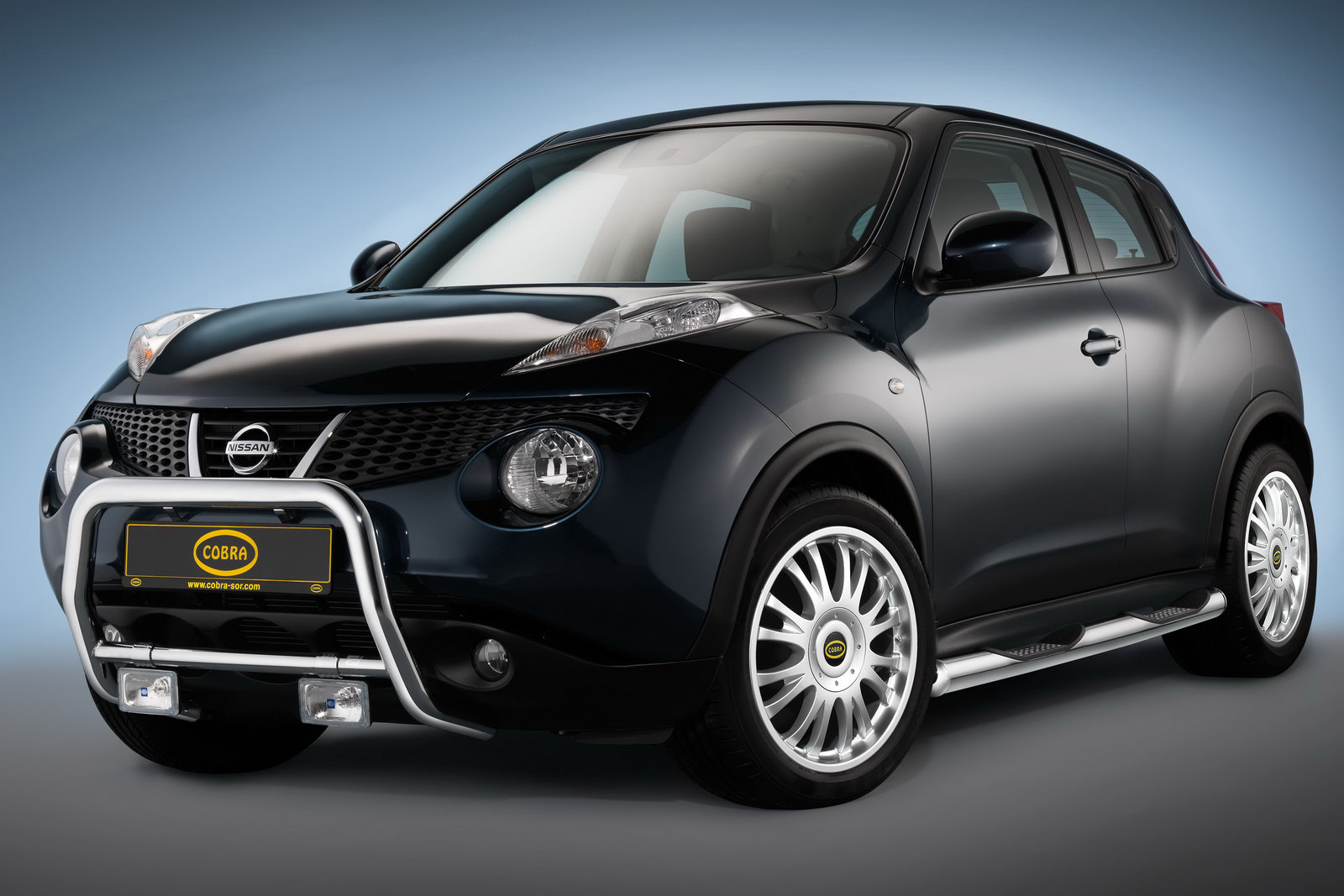 The Nissan Juke is a small crossover that really doesn’t follow the herd. It’s a Japanese concept, a Japanese sized vehicle and a relatively decent image.

Well, as far as the latter part of the Nissan Juke image, the Germans over at Cobra Technology reckon it’s not appropriate.

So they decided to change it. And I’d say that they partly succeeded.

The Nissan Juke got quite a few changes, mainly rugged-turning off-road accessories.

The new paintjob makes for a black mean looking exterior and it’s helped along by a stainless-steel front grille guard. That’s not just any simple bolt on, remember the tuner is German.

Another nice gimmick Cobra Technology added to the little Nissan Juke crossover is a pair of tubular side steps with integrated plastic steps and the option of daytime running lights that employ LED to their innards.

For those who care less about the off road ability but love the show off ability the Juke gets a new set of 19 or 20 inch multi-spoke alloy wheels. And just to draw some attention to the interesting wheels there’s a sports exhaust that has quite a lot to say.