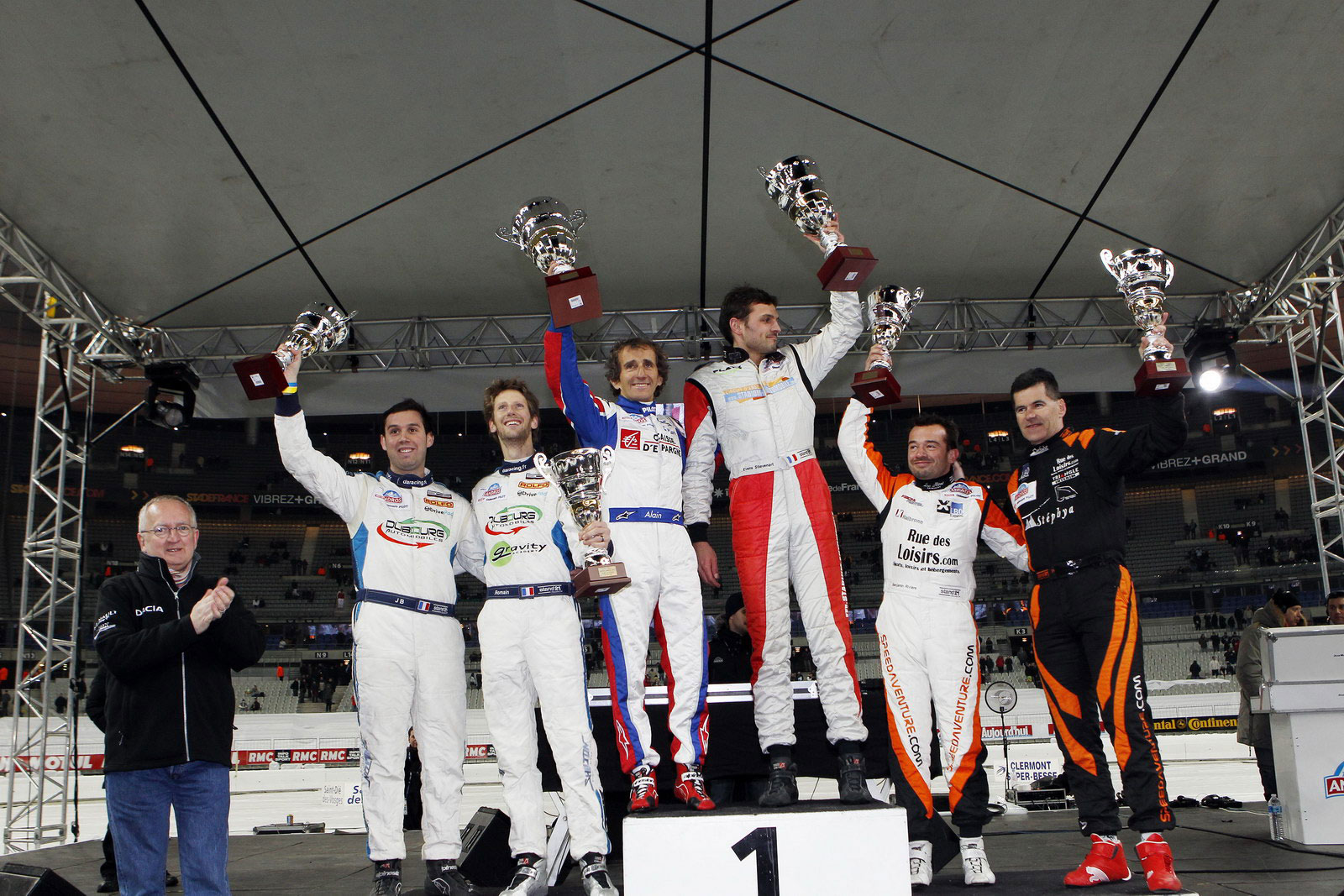 Dacia may be a low-cost brand for the French at Renault but that hasn’t stopped them from putting some money into their motorsport division.

That’s one of the reasons behind the Dacia Duster winning the Andros trophy this year with a certain Alain Prost behind the wheel.

The Andros Trophy is a very prestigious competition for the French motorsport scene and this year the final was held in Paris in front of a substantial crowd.

The final lead to around 50.000 spectators coming to France’s largest stadium, the Stade de France, where an ice-covered oval track saw the Dacia Duster put on quite a show.

Alain Prost, formerly know as “Le Professeur” is a four time Formula 1 champion and his driving took the Dacia Duster to a new level.

The weird part of the Andros Trophy victor isn’t to be seen in the Dacia Duster beating the BMW 1 Series, but how Jean Philippe Dayraut is actually going to be driving the Duster up Pikes peak.

That is once they finally get round to making that 850 horsepower Dacia Duster monster of a car.