Drag Race: Who Would You Bet Your Money On: Bentley Bentayga vs. Range Rover SV Autobiography 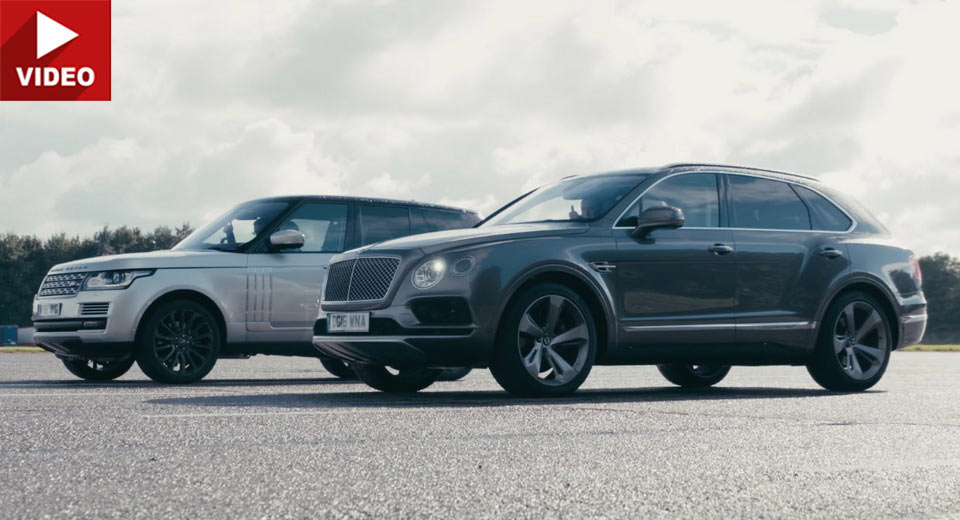 A confrontation between titans is a rare thing and every time we get our hands on one, we definitely have to dig in for further details. It is also the case of a drag race between two expensive and high-end SUVs, namely the Bentley`s first Bentayga SUV and the Rover`s extremely powerful SV Autobiography.

We are looking here at a fair competition between two expensive, powerful and luxurious SUVs in a drag race that can decide forever the supremacy in their class.

The drag race was put together by no other than Auto Express, which deals with such “common things” and wants to draw attention on the SUVs impressive torque and driving dynamics. We are looking here at two models with close performance and rather the same body weight.

The Bentley Bentayga is considered to be the most powerful SUV on the market today, the model coming with a massive engine with whopping power – 608 horsepower and 900 Nm of torque – delivering a sprint from 0 to 100 km/h in a mind-blowing 4.1 seconds. The topping stands at 301 km/h. The SUV`s downsize is that it is heavier than the Rover with around 112 kg.

On the other hand, the Range Rover SV Autobiography delivers 510 horsepower and 625 Nm of torque, with the same sprint being run in 5.4 seconds, at a topping of 223 km/h. Even if it comes with a smaller engine and less performance, I think we shouldn’t judge a book by its cover and better watch the video to see which ones is the real winner!