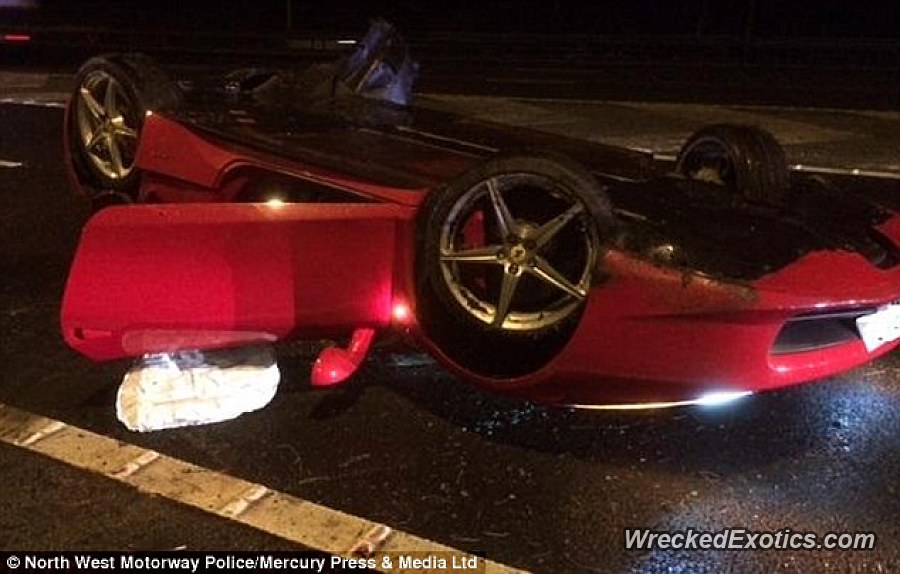 A lot of Ferrari models have been involved in car crashes over the last couple of years and the 458 Italia seen here in the pictures might close up the unfortunate events, at least for the moment.

I am talking about the one-off Ferrari 458 Italia, recently being involved in a car crash in the United Kingdom, where, according to Wrecked Exotics, the 41-year old driver has lost control while speeding up south on the M56 street, the model ending up on its roof.

Fortunately, the driver has not been seriously injured, but yet being urgently hurried to the hospital. The same cannot be said about the sports car, which will surely empty its owner`s pocket for some urgent and mandatory repairs.

The Ferrari 458 Italia has been on the market for more than 6 years now, sporting a rear-wheel drive with the engine being positioned in the back. The model has been recently pulled off to make way for its successor, the Ferrari 488 GTB.