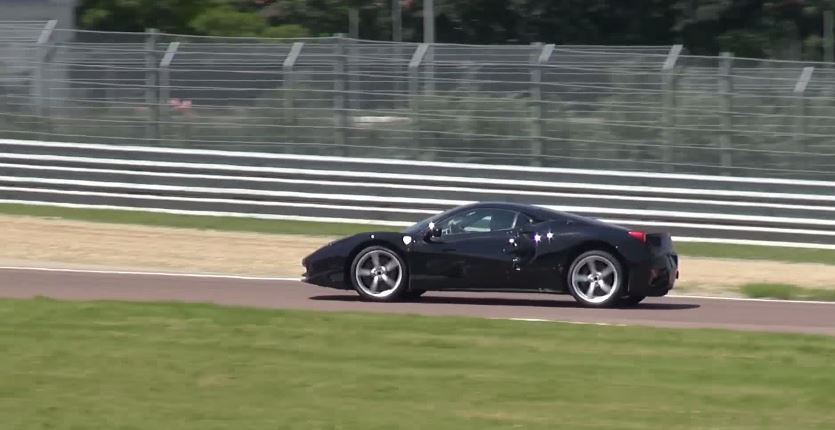 The Ferrari 488 GTB is far away from the production line, as the Italian carmaker is still testing out the replacement of the successful 458 Italia. The model was recently caught on a spy video on Fiorano while being heavily tested.

Even if the Ferrari 488 GTB was officially launched at the 2015 Geneva Motor Show, the model in question is still being under tests, and the spy video is clearly showcasing the agility of the V8 unit.

While we are at it, the upcoming Ferrari 488 GTB has dropped its predecessor 4.5-liter naturally aspirated V8 engine, in the favor of a new and smaller 3.9-liter twin turbo V8 engine, which is developing 661 horsepower and impressive 760 Nm of torque. The sprint from 0 to 100 km/h in done in 3.0 seconds, at a topping of 330 km/h.

Given the fact that the Ferrari 488 GTB is a facelift version of the Ferrari 458 Italia, the sports will also receive some significant changes at the body style, as well as inside. And the test mule seen here in the video is wearing a slight camouflage over the body, which confirms the styling changes! Until further news, just hit the play button and enjoy the ride with the Ferrari GTB on Fiorano track!