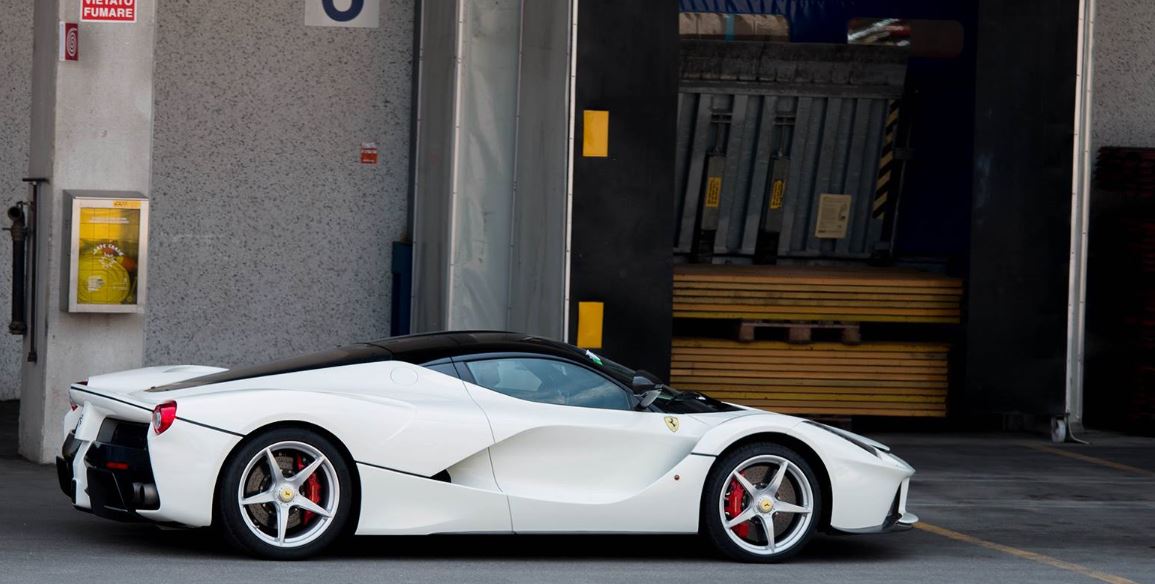 The Ferrari LaFerrari supercar is being in the spotlights again, after the supermodel was seen at the Ferrari`s headquarters in Maranello.

The Ferrari LaFerrari model was caught in two images while resting outside its plant, wearing a Bianco Avus paint, making us feel a little bit odd, compared to the company`s usual red paint job.

More than that, the company`s first hypercar, Ferrari LaFerrari also sports a contrasting black roof, as well as some five-spoke silver wheels alongside red brake calipers.

Under the hood, the Ferrari LaFerrari is equipped with a massive 6.2-liter V12 engine, developing a whopping 789 horsepower and 700 Nm of torque.

The massive unite is backed by an electric motor that generates an additional 161 horsepower, which makes an overall output of an impressive 950 horsepower and more than 900 Nm of torque.

Due to the hybrid powertrain, the company states that the Ferrari LaFerrari hybrid supercar has a 330g/km CO emission rate.

Things have never been better for the Ferrari LaFerrrai, as it manages to hit the 0 to 100 km/h sprint in just 3 seconds, with a top speed standing at 300 km/h.