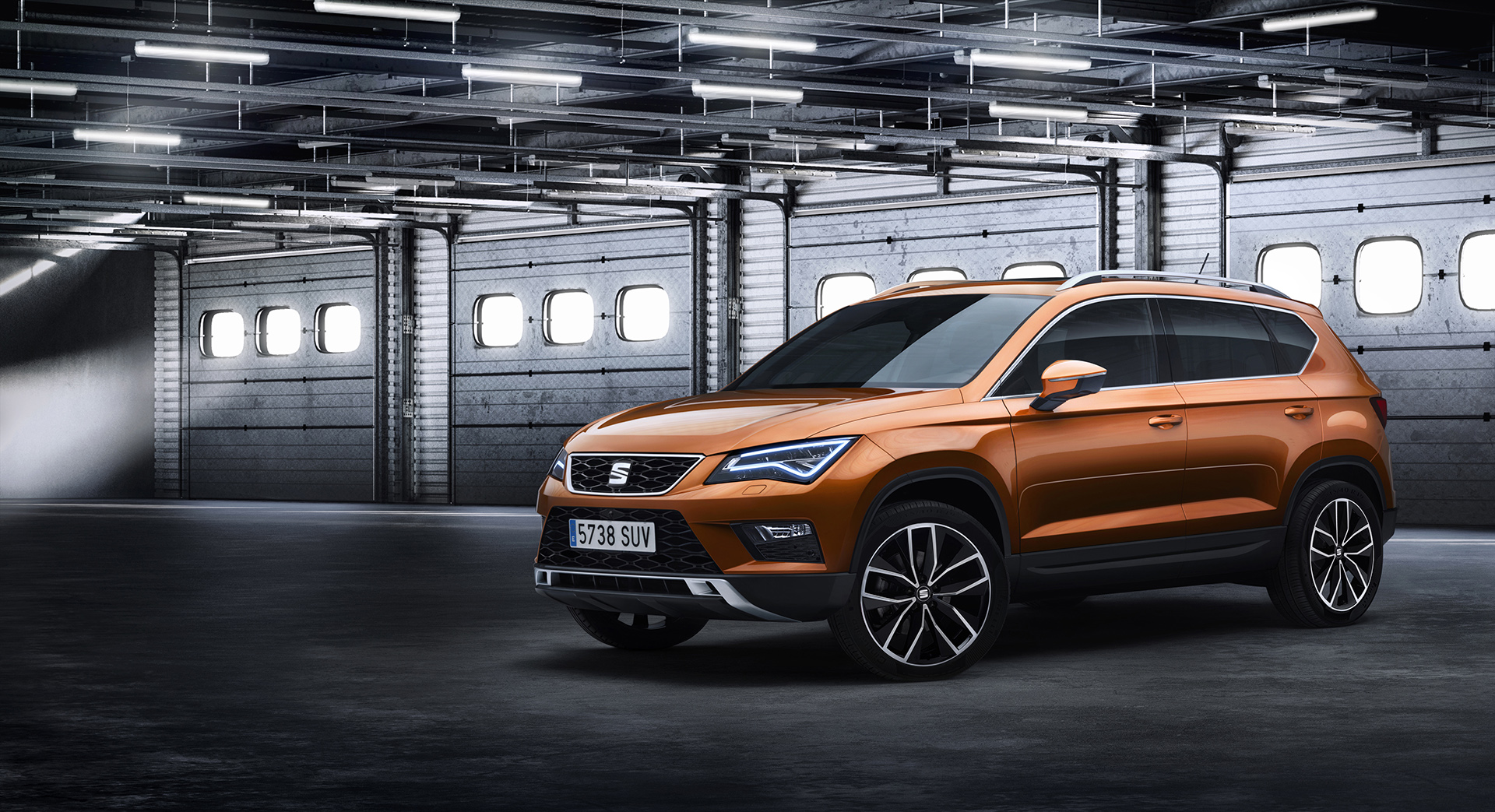 Ladies and gentlemen, here it is: the last SUV coming from VW group had been presented at Barcelona. It’s the first Spanish SUV, and it’s called Ateca.

Seat is aware that the SUV sales will grow by 25 percent in the Western Europe, so this spring they ‘ll throw on the battlefield a new model, intended to improve the brand’s image. There’s a wide enough engines range to choose from: there are TSI and TDI engines, from 115 hp to 190 hp, with FWD and AWD and manual or DSG transmission. So, no one’s left outside. All the engines are supercharged, offering great torque values across the board. The entry-level is a 1.0 l TSI capable of 115 hp and an averaging 5.3 l/100km (123 g/km CO2). The smallest TDI has a 1.6 l displacement, also develops 115 hp and averages 4.3 l/100km, emitting 112g/km CO2.There are also available a 1.4 TSI, 150 hp and a 2.0 TDI, producing 150 hp or 190 hp.

Ateca benefits over the presence of various technologies, like full-LED headlamps and 8 inch display for the infotainment system. The top-model which will include all these options will be called Ateca Xcellence. The design is typical for Seat: practically looking at it from any angle you can see it’s a Seat-made SUV. It looks essentially like a Leon-SUV, as the most exterior elements are interpretations of those from the compact model. As soon as the doors are unlocked, the SUV’s name and silhouette are projected from the mirrors to the ground. Another unusual latin feature: the ring around the Start button blinks like a heartbeat.

Opening the front door, we find the same story as outside: the Leon dashboard with slight modifications. I can’t accuse the Spanish of lack of inspiration. Instead, I can say it’s a brand image that had to be kept. The 4.36 m in length is in VW Tiguan‘s vicinity, but the luggage space is quite impressive: 510 l (or 475, when equipped with 4WD system). They say it’s one of the lightest and stiffest vehicle in its class, being therefore one of the best to drive. We can’t verify it yet, but we can admire it at Geneva, next month.