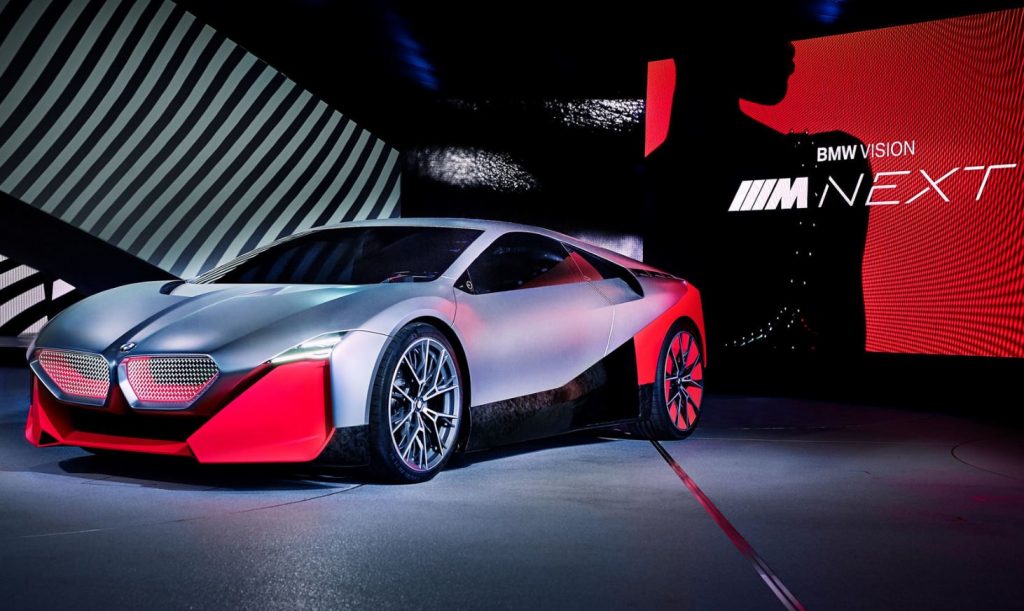 It goes without saying that we all get excited about brand new cars. Thousands of people around the world pre-order cars every year based on nothing more than a few photos and the technical specifications. Most of the time, though, these cars are just an upgrade to a previous model, or the latest car in a specific line. Every now and then, a car comes along that completely breaks with tradition and offers us something new. We call them concept cars.

Not every concept car becomes a reality. Some of them are just designed as a demonstration of what may be possible in the future. Others turn out to be impractical during testing, and end up on the scrapheap. Only the best-designed and most-appealing of them actually end up on the road. We think we might have seen a few cars that meet that description at the recent Frankfurt Motor Show. There were many vehicles which caught people’s eyes at the show – the BBC was particularly impressed with the range of electric cars – but our attention was grabbed by these five mighty-looking cars in particular – and we hope they make it all the way to the showroom!

The BMW M Next

Nobody could look at this car and tell us it doesn’t belong in a James Bond movie. It somehow manages to look old and classic, and yet new and exciting at the same time. This is the BMW Next, which the German manufacturer believes will make a worthy successor to the 1978 M1, which is generally thought of as being among the best sports cars of all time. We’re not completely in love with the silver-and-red color scheme, but we’re going to go ahead and assume that’s optional as opposed to being a requirement. It’s chunky in all the right places, and has the type of winged door design that was briefly all the rage during the 1980s. There’s nothing wrong with bringing old features back if there’s a demand for them, and we can’t imagine there wouldn’t be a demand for this beauty. The whole body is made of carbon fiber, which means it’s a lot lighter than it looks. The drivetrain inside it is revolutionary – 591 brake horsepower, and a petrol-electric hybrid. This car is currently scheduled for release during the early years of the next decade.

Mercedes are extremely excited about this car – so much so that they already have a whole section of their website dedicated to it, in which they refer to the project as ‘Vision EQS.’ Approximately two years away from launch if all goes well, this is the Mercedes take on the next generation of saloon cars – and it’s all-electric. It may not be a petrol-driven car – or even a hybrid – but that doesn’t mean it will be short on power. There’s 470bhp available under the hood. At the show, Mercedes officials were touting the EQS as the most advanced road vehicle they’ve ever built. The design team has been carefully monitoring the progress of Jaguar’s SJ and Audi’s E-Tron GT, and they believe they have them both beaten with this car. The clever door design makes it look almost as if it hovers over the ground; this is one handsome vehicle.

This looks like a car that’s been driven in straight from the set of a science-fiction movie. It looks more like a moon buggy than the kind of SUV you might have parked in your garage, but Audi is completely serious about making it available to buyers. They might just have to wait a little while before they can purchase one. To say that this doesn’t look like any other SUV we’ve ever seen would be stating the obvious, but there’s more to this package than just the other-worldly design. When you buy the Audi AI: Trail, you don’t just get the car. You also get a set of companion drones, which can be launched at the push of a button from within the car, and then fly ahead of the vehicle to light the way. That’s perfect for long drives down dark roads at night, and it’s a completely new idea to us. Will it be successful? We’re probably four or five years away from finding out.

For a long time, Chinese car manufacturers have had a (sometimes deserved) reputation for making clones and copies of cars built elsewhere in the world. Hongqi – a sister company of the huge Chinese car manufacturer FAW – are trying to change that impression. We do think we’ve seen this car before, though, and so might anyone else who’s ever spent time on a mobile slots website or related casinos. There’s a popular futuristic driving-themed mobile slots game called Light Racers which features vehicles which look very similar to the proposed Hongqi S9, and we can’t help but wonder if the game influenced the design team. Given that it’s a Chinese-made car, we can at least be hopeful that you wouldn’t have to win too many mobile slots jackpots to pay for it. The S9 is all-electric, and is the brainchild of Giles Taylor, who Hongqi tempted away from Rolls Royce last year. This is what you might call a ‘statement car.’

Forget every grill design you’ve ever seen. If you focused solely on the very front of the Cupra Tavascan, you might for a moment think you’re looking at the Batmobile. You’re not, but that doesn’t make this car any less exciting. Cupra – an offshoot of Seat – have named this promising-looking EV concept car after a popular skiing destination in Catalonia, close to the French border. That gives you an idea of the type of ‘feel’ they’re going for with the Tavascan – exclusive, and sophisticated. During its presentation, Cupra spoke of a desire to provide drivers the sleek style of a sports coupe with all the presence and power of an SUV. Based on this unique-looking vehicle, we think they might have done it. Which of these cars are you looking forward to the most? Did you spot any other concept cars at the motor show? Let us know your thoughts down in the comments!