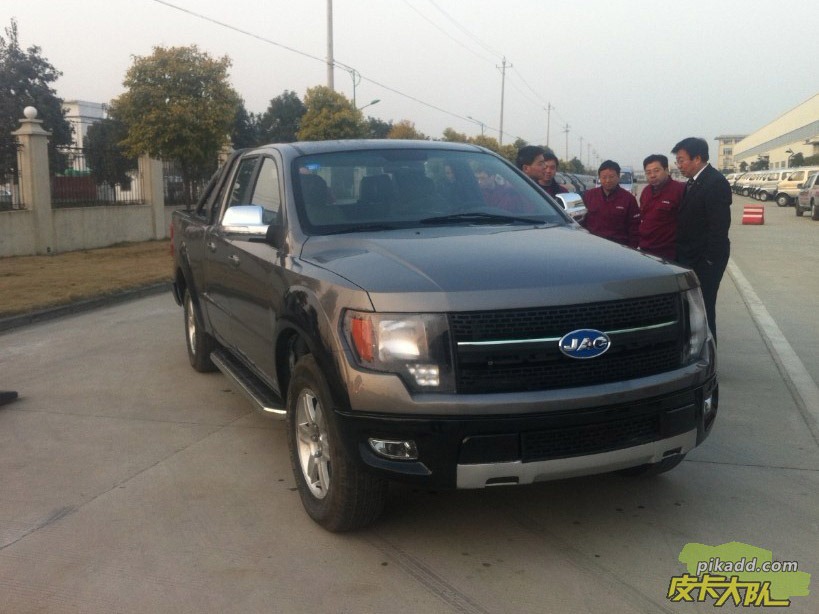 There’s a bit of an issue with the Chinese copying other people’s designs. This happens in just about every field imaginable.

Some of the automotive industry’s representatives will clearly attest to that. Ford have run into similar trouble just recently.

The Chinese at JAC created a pickup truck that looks almost identical to the F-150 pickup that’s the feather in the cap of the Blue Oval.

The Asians weren’t very worried about the “inspiration” they’d drawn from the American commercial vehicle but they should have.

An original plan for the JAC 4R3 was to have it sent into production later this year, pending an official debut at the Beijing Motor Show which recently ended.

That never happened, would you like to hazard a guess as to why? Simply put, because Ford got themselves into the business of taking it out.

Bill Coughlin, President and CEO of Ford Global Technologies and Intellectual Property Chief was the one who made the announcement in a rather subtle way.

During an interview for Autoline, though he didn’t describe just how it would work out. The bottom line is pretty simple.

Ford have patents filled out in every country on Earth, China included and that means its just a quick trial away from pulling any clone of their products from the market.

He was very convinced that the F-150, or any Ford product for that matter, will not be copied in China.

It’s a bit of a breath of fresh air and certainly something to annoy those constantly claiming that China’s authorities are very biased for their domestic companies.