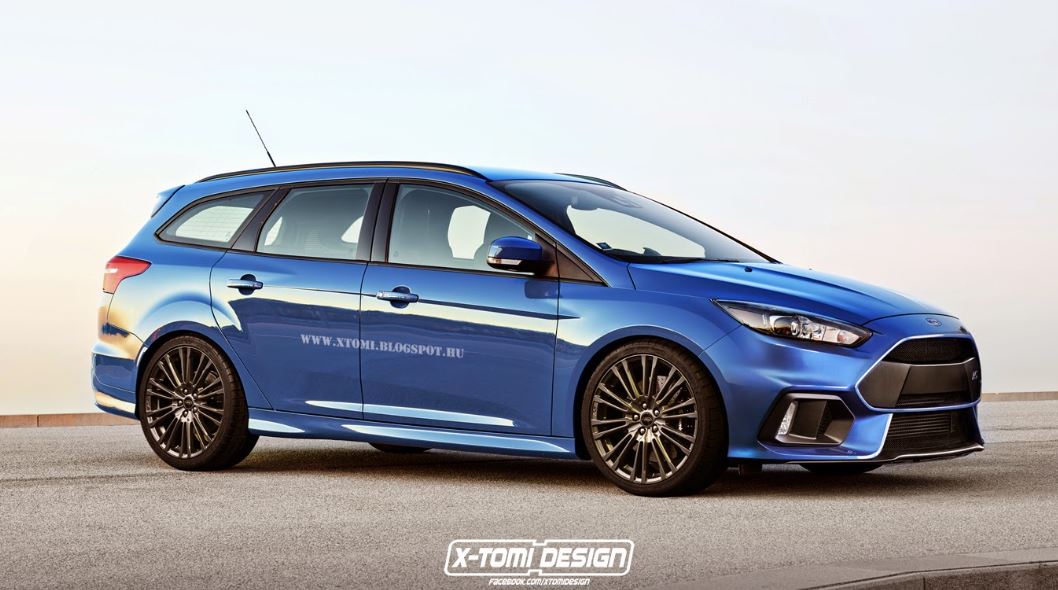 It seems that the Ford Focus RS is getting all the attention it can get from different designers, as the model has now been spotted on the web in a new rendering, showcasing the model in a wagon body style. A little time ago, the model was also rendered in a sedan body style.

The two renderings are signed by the same X-Tomi Design and reveal the Ford Focus RS Wagon with a wonderful body style, resembling those of the Mercedes-Benz A45 AMG Shooting Brake. Given such a styling, there are possibilities like the carmaker to introduce it a couple of years.

However, the RS Wagon still keeps some of the key elements from the genuine Ford Focus RS, apart from a more aggressive rear fitted with sports quad pipes exhaust system, which give it a special look. Apart from that, as usual, there are no other changes emerging.

As a reminder, the Ford Focus RS is coming with a five-door body style and was officially unveiled a couple of days but will set the first paces only at the 2015 Geneva Motor Show, starting this March. Little it is known about the model, but we did find out that the next-gen Focus RS would come with a 2.3-liter four-cylinder EcoBoost unit under the hood, developing 315 horsepower, the same one being also found on the mid-entry level Mustang.