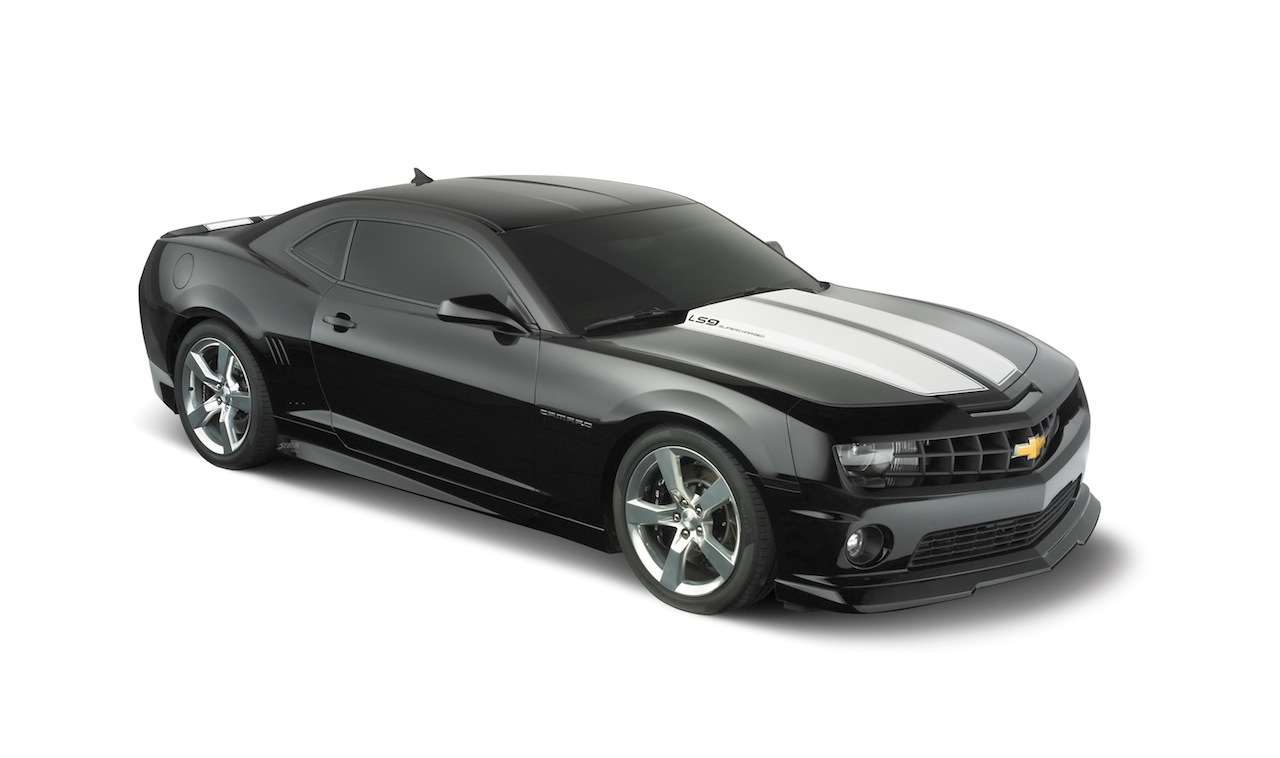 Tuning fans big and small, together with General Motors fans can rejoice as their favorite company has just released the 2011 GM Performance Parts Catalog.

Apart from giving you radical performance updates straight from your dealer or even the factory, the GMPP Catalog also showcases the 2011 Chevrolet Camaro.

Mind you, it’s not exactly the slowest version of the V6 powered 2011 Chevrolet Camaro. The two cars on the cover are two evil looking, seriously tuned muscle car beasts.

Apart from the two Camaros on the cover of the GMPP, you get another two stars over there. That’ll be the engines you can shove under their bonnet.

Whatever clutch, suspension, brake, body parts you go for GM’s Performance Parts catalog will always have the most worn pages over where it showcases parts from the fastest Corvette.

The 2011 catalog will be no different as the most interesting setup is loaded with parts from the Chevrolet Corvette ZR1. There’s an optional pack that will give you the same engine under the bonnet.

This means that you can shove your Chevrolet Camaro with a LS9 setup churning out about 620 horsepower or 590 lb-ft.

One thought on “GM Performance parts catalog showcases the Camaro”