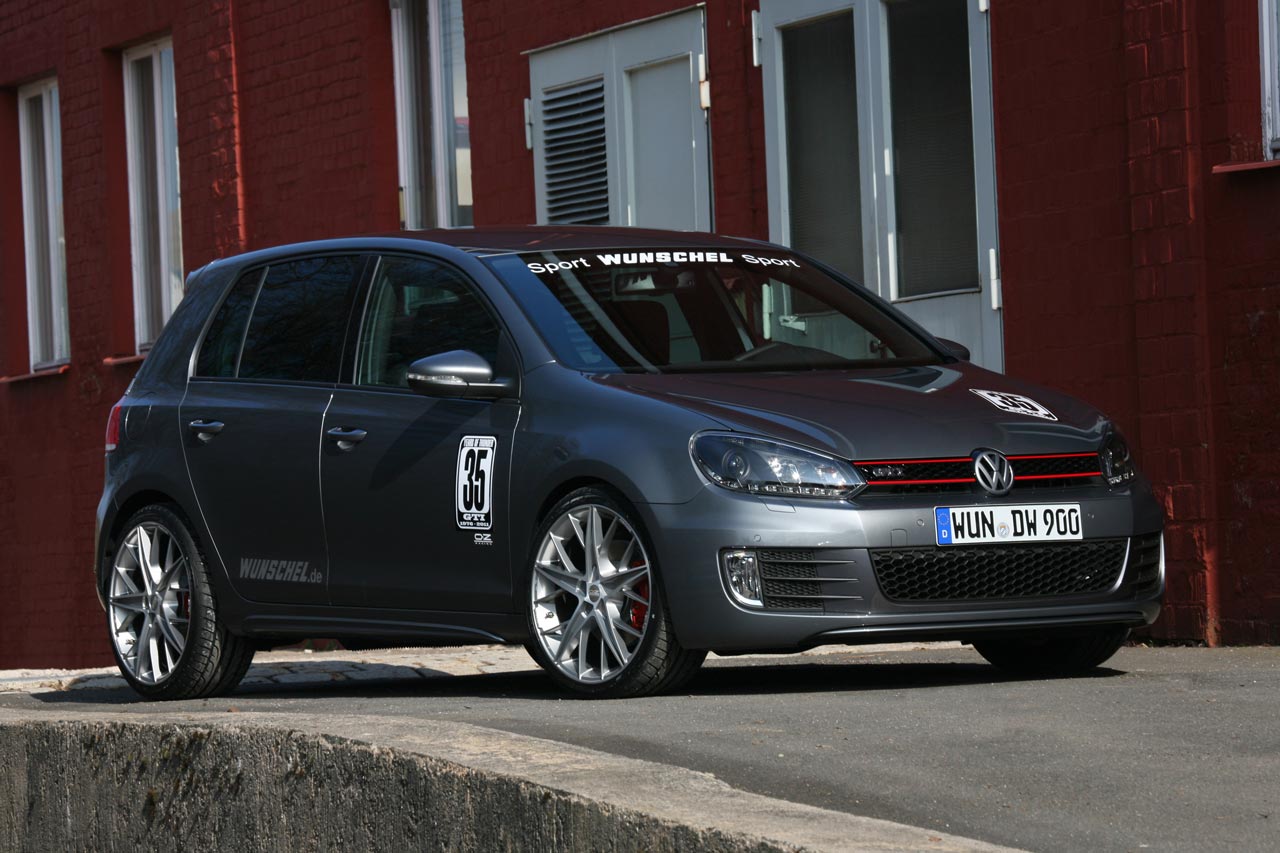 The Volkswagen Golf GTI is getting to a point where it’s reached a typical early middle age point in its life so a number of enthusiasts called up on a tuner to celebrate.

The tuner is Wunschel Sport and their special edition VW Golf GTI which is based on the sixth generation of the car.

The Wunschel Sport celebratory Golf GTI is one tuned car that I approve of and the only thing I can imagine to justify that is the enthusiast connection.

The Volkswagen Golf GTI enthusiasts wanted a car they could be proud of, not a car which should stand out because it’s got the biggest wheels, widest body kit or anything else.

Engine bay modifications also stick to conventionality, as it’s based on the turbocharged, four cylinder 2.0 liter engine the car comes with from the factory.

After a range of improvements occur the performance levels include 260 hp and 360 Nm of torque which means there’s no need for an improved transmission.

Sporting an improved appearance, much of the appeal of the 35 year anniversary Golf GTI is going to be seen within the newly installed OZ wheels.