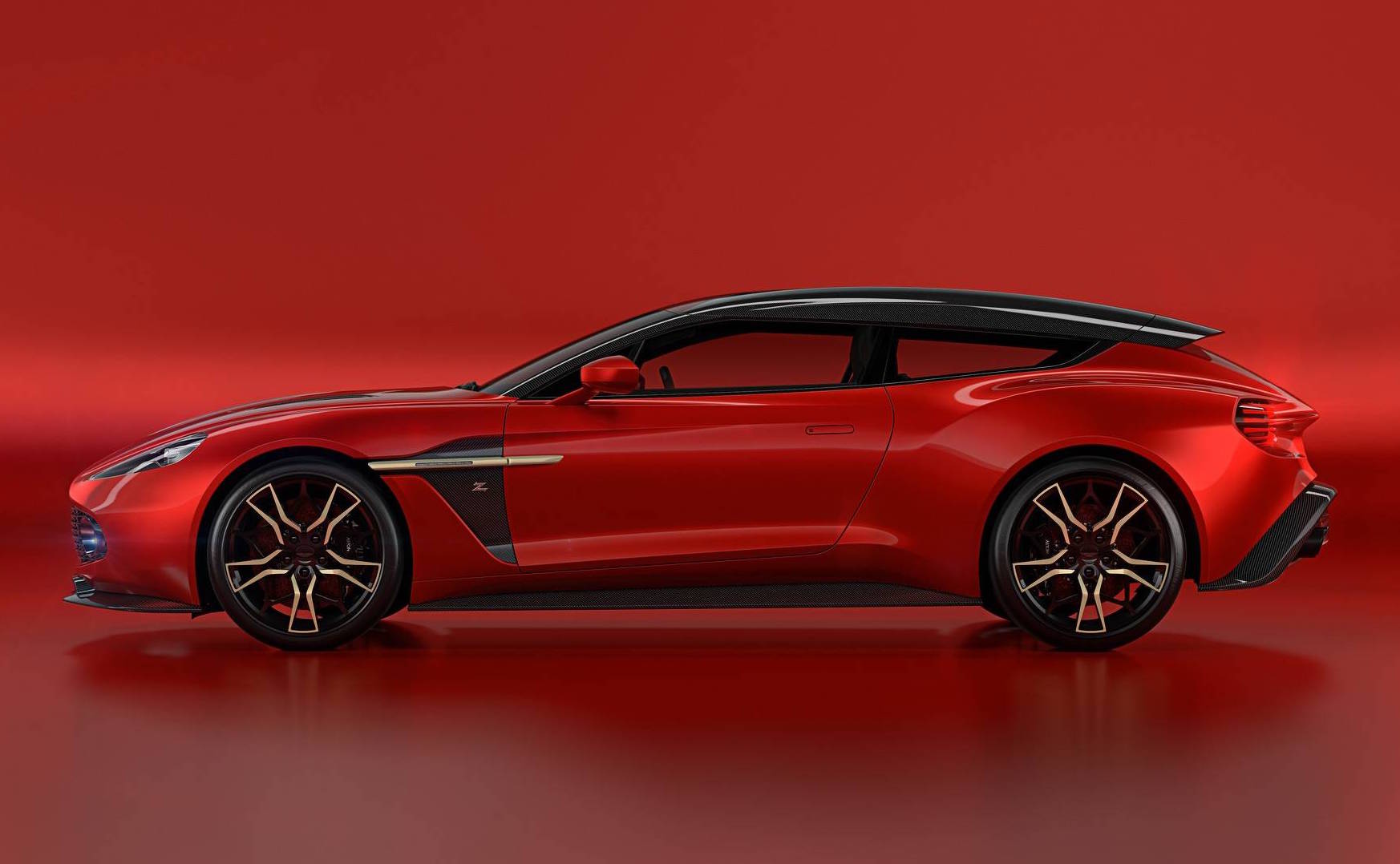 The Shooting Brake body styling is being adopted by more and more carmakers, and the reason why is pretty obvious: it shapes out the car`s appealing looks with a new design language and advanced aerodynamics.

This is exactly what defines the Aston Martin Vanquish Zagato now coming as well with a Shooting Brake styling. First detailed in images back in July, the model is now popping up in a new set of photos.

The model looks astonishing with the new glass roof with flowing lines that shape out the car`s personality. The new Aston Martin Vanquish Zagato Shooting Brake is also fitted with a new set of wings built from carbon fiber, allowing for better flow and increased performance.

The rear end is also highlighted by the windscreen between the taillights and the haunches, all contributing to the car`s refined aesthetics and aerodynamics.

The design is not the Shooting Brake`s only attribute, as it perfectly reflects the raw power it comes with under the hood.

Performance wise, the all-new Aston Martin Vanquish Zagato Shooting Brake takes its power from a massive 5.9-liter naturally-aspirated V12 engine, rather the same one found on the standard Vanquish Zagato. The power stands at an impressive 590 horsepower.

Aston Martin will release full details and price tags of the new Aston Martin Vanquish Zagato Shooting Brake in the upcoming period. However, speaking of prices, new reports state that the model won`t come cheap at all, especially since it will be released in a limited-run of just 99 examples.

Stay tuned and don’t forget to check out the upcoming Aston Martin Vanquish Zagato Shooting Brake in the short media gallery below!