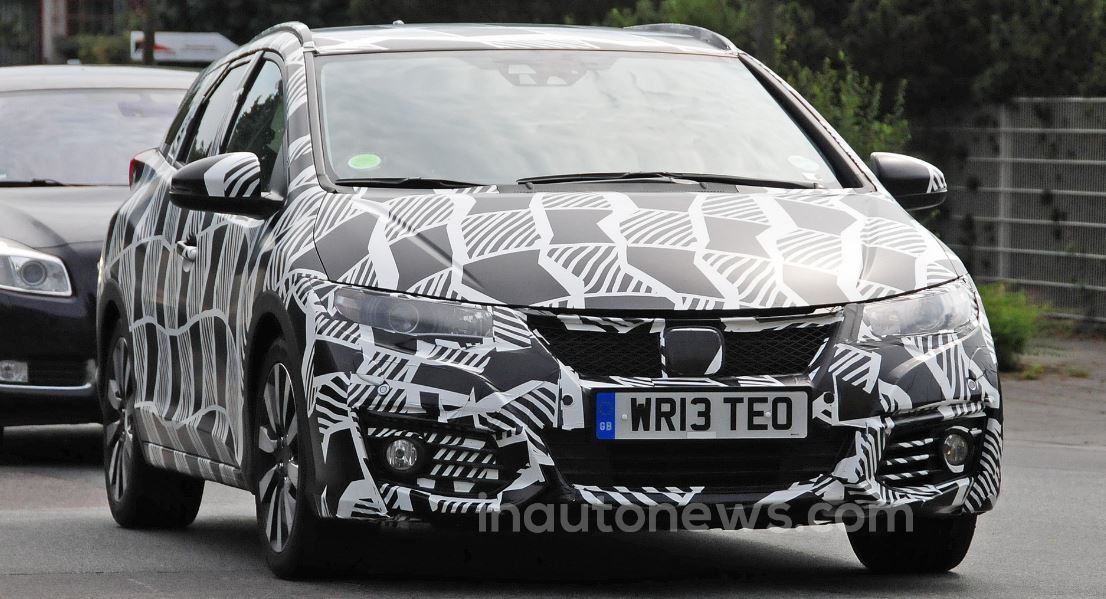 The upcoming Honda Civic Tourer was recently caught on shots by spy photographers from Inautonews online publications, with the model running some tests on the public roads in Germany.

We are talking about a facelift of the present Honda Civic Tourer that will come with some interesting updates in the final version.

We are talking about changes at the exterior, as the Civic Tourer now takes some styling cues from the Civic Type R.

More than that, the new Honda Civic Tourer will be lower, will have curvy LED lights, revised front fascia, with the headlamps still remaining the same for all future models.

The entire Honda Civic fleet is expected face the public trial at the 2014 Paris Motor Show, starting this October.