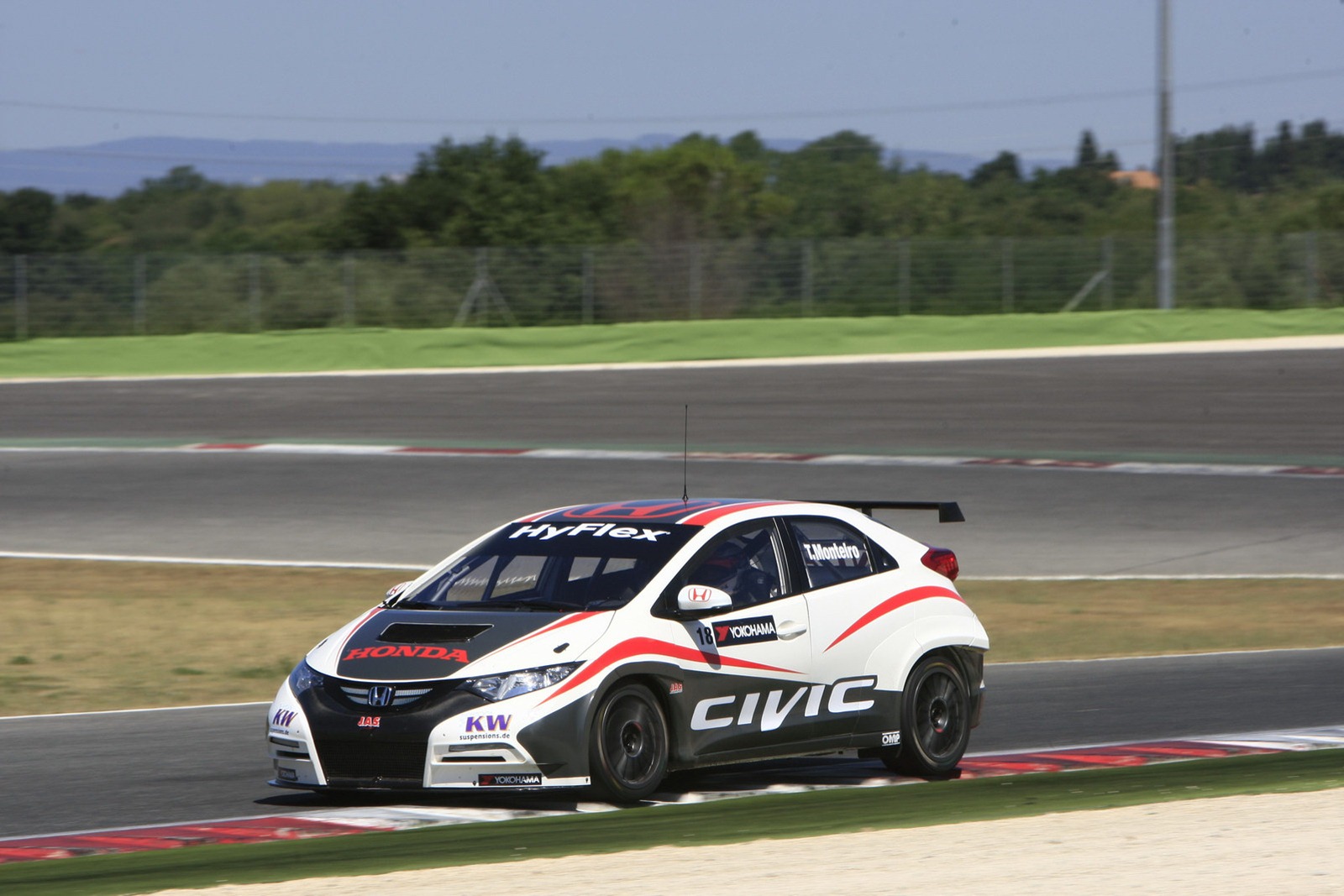 Honda’s engineers are finally ready to show us what was months of labor for them, the updated Honda Civic WTCC racer, in all its might.

The exterior body peels off the 2012 European Civic hatchback’s exterior but gets a host of changes for aerodynamic and cooling purposes.

Surprisingly, most of them are going to need explaining since not everything on the car is as obvious as the big rear wing it’s getting.

The interior is as gutted as ever and the camber on the suspension speaks of the same sort of racing business as just about every other touring car.

What seems to be grabbing the attention of everybody nowadays is the way Honda have fitted their creation with a new engine.

That powerplant is a turbocharged 1.6 liter with direct injection. Other than these quite important details not a word was uttered about it.

Horsepower and torque remain a complete mystery, there’s not even an estimated number to speculate upon. There’s just no straw to clutch to.

Honda’s current test driver, Gabriele Tarquini gave everybody what’s possibly the most corporate followup answer ever to come from a racer.

Allegedly, the revolutionary technologies in this bespoke engine have met all the expectations set by Honda and they will be of great help in the future.

It’s as cryptic as one can get but we can be thankful for the fact that Honda plan to use this engine as they push through the WTCC as well as the market sales of the Civic.

That means that most likely a Civic with a 1.6 liter turbo is in the pipeline, could it even be the Type R we’ve been hearing about lately?