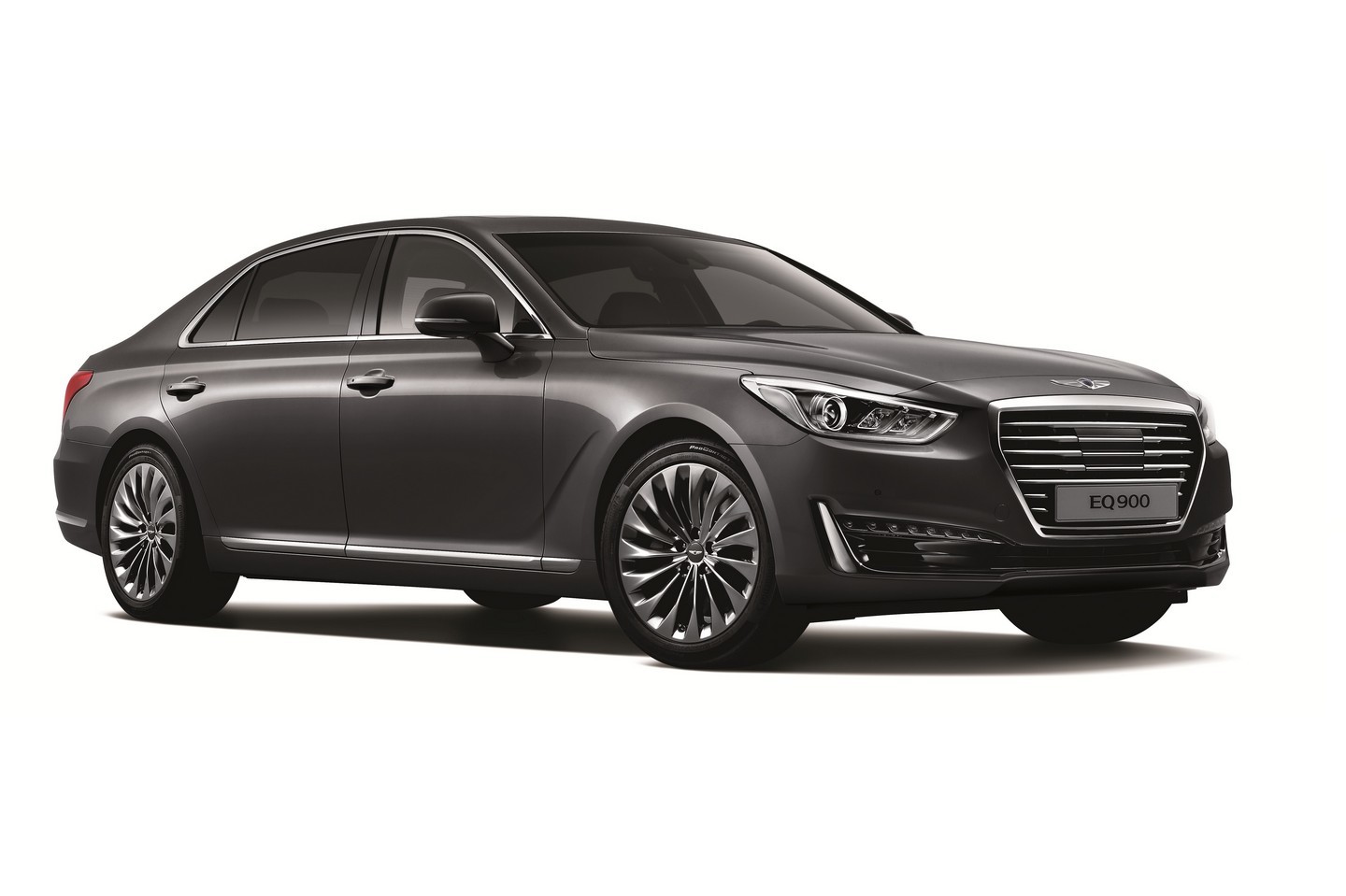 The South Korean based Hyundai carmaker has just unveiled its high-end Genesis G90, which will be called the EQ900 in home country.

The Hyundai Genesis G90 was already previewed as the official successor of the Equus model, becoming thus the latest flagship that would complete the luxury segment at the moment.

In terms of styling, the Hyundai Genesis G90 will come with an elegant design with metallic accents, highlighted by the elongated hood, exquisite hexagonal grille with a chrome finish, vertically positioned taillight, along with the multi-spoke wheels, which add a greater stance to the overall look.

Inside, the cabin of the future G90 is rumored to come with a chocolate leather upholstery with wood trim, along with a bunch of 9.2-liter tablets for the entertainment system, updated center console, or electrical seats.

Other features will also include a 12.3-inch infotainment screen, wireless charging, three-zone “smart” control system, and so on.

Under the hood, the Hyundai Genesis G90 will use a lambda 3.8-liter V6 GDi, along with a 3.3-liter V6 T-GDi, as well as the higher Tau 5.0-liter V8 mill. The performance details will be known at a later date. As expected, a permanent all-wheel H-TRAC system will also join the club. More details will be known in mid-2016, when the model will officially hit dealerships.