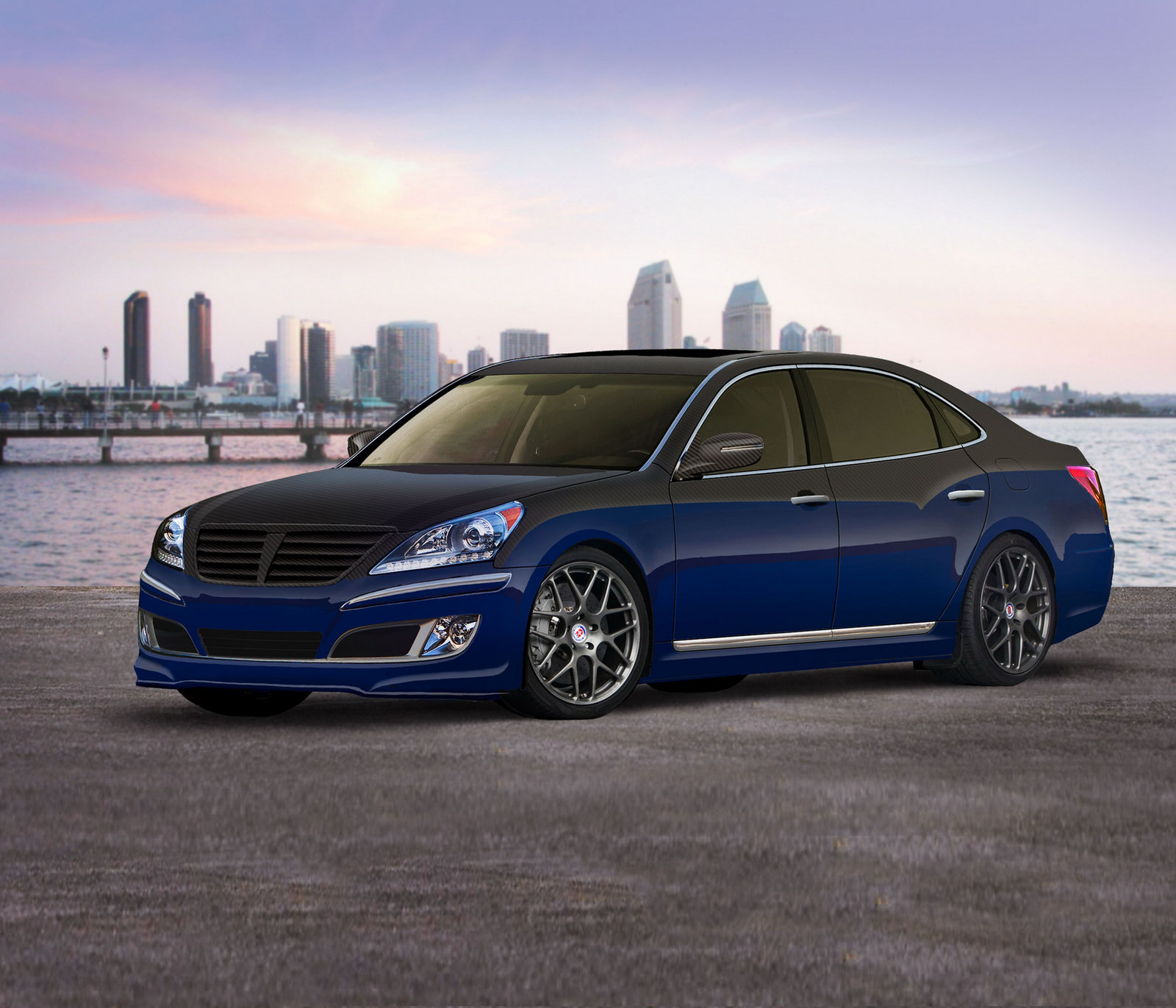 Hyundai’s attempt at taking over the luxury market in the US, the Equus will be showcased at one of the biggest motoring events in the country, the SEMA show.

But since SEMA isn’t a show that’s for production vehicles and instead focuses on aftermarket choices Hyundai will be doing up the Equus a little bit.

Since no serious manufacturer goes to SEMA in order to prove that they can team up with just about any tuner having a stand there they turned to one of their best partners. The SEMA stand that Hyundai will be most proud off will feature a 2011 Hyundai Equus dubbed the RMR Signature Edition.

The 2011 Hyundai Signature Edition Equus will feature quite a list of customizations such as two-tone paint job with carbon fiber and Red Bull Racing blue satin paint and a new full body kit with the addition of massive 21 inch alloy wheels.

Those new bits won’t mean much if there’s no new action under the hood so Rhys’ crew took the Korean 4.6 liter V8 engine and teamed it up with a new intake system teamed to a stainless steel sport exhaust and as a result of that the car now pushes out an extra punch bringing the total horsepower figure up to 415.

Pretty neat, but the Korean luxury flagship will have to face two crowds at SEMA, those passionate about modifications and those concerned about luxury so it’s still a bit of a guess before saying the 2011 Hyundai Equus will be a success.