Impressive Audi A9 Launched in Rendering 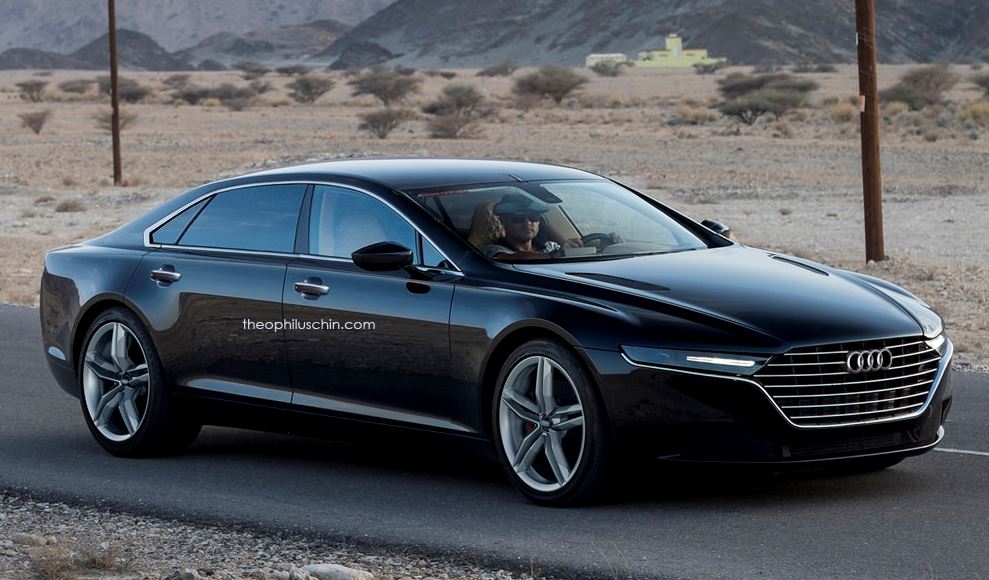 The upcoming Audi A9 might be just around the corner, as the impressive futuristic high-end model was recently launched online in a rendering, signed by the famous designer Theophilus Chin.

According to some recent reports, the Audi German based automaker might officially launch the Audi A9 flagship at the 2014 Los Angeles Auto Show.

The same reports state that the Audi A9 will be standing on the company`s new MLB platform, meaning that the luxurious model will be more than 5 meters long, which would provide an extra legroom for the rear passengers.

In terms of visuals and design, the Audi A9 will be highly revolutionary, as it will first come with an aluminum body, restyled single frame front grille or laser headlights.

Inside, the Audi A9 will also come high-tech, tweaking a digital instrument cluster, among other gizmos, also seen on the future TT model.

The Audi A9 would hit the production line somewhere in 2017, with more details to be announced in the near future.