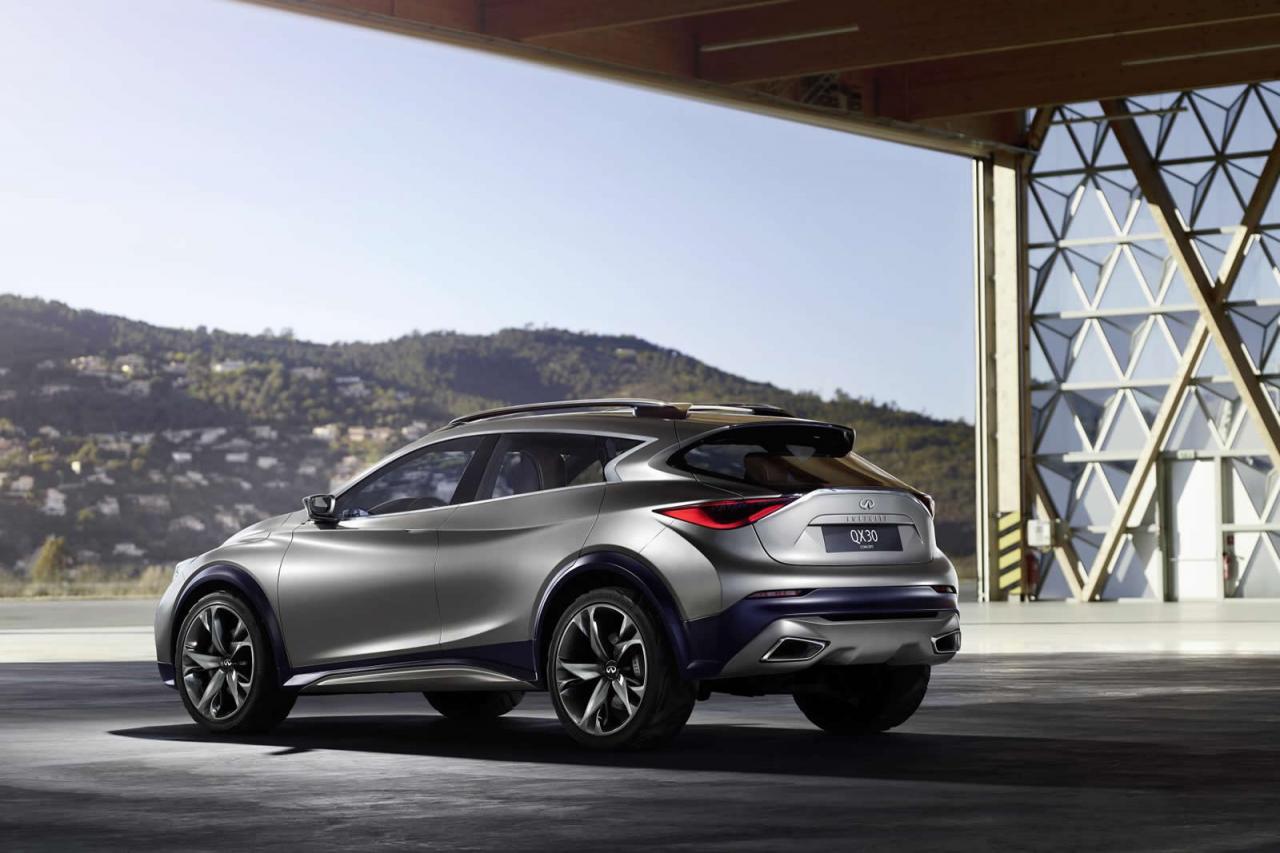 Infiniti released the first image for the QX30 concept, a prototype that will be seen next month at the Geneva Motor Show.

Similar to the Q30 concept from 2013, the QX30 crossover comes with the company’s new design language and wants to preview the upcoming production model.

At the exterior, you will see a massive glass roof with a sloping roofline, sculpted hood, 21-inch alloy wheels, big exhaust tips and roof rails. Infiniti also claims that this concept has an increased ground clearance while a popular MFA platform underpins this model.

Standard front-wheel drive will be available on the production version of the Infiniti QX30 while an all-wheel drive system will be optional on certain variants.

Engine range will be similar to other models using the MFA platform but full details on the production Infiniti QX30 will be available as the debut date gets closer.