Is this Alfa Romeo’s future 4C? 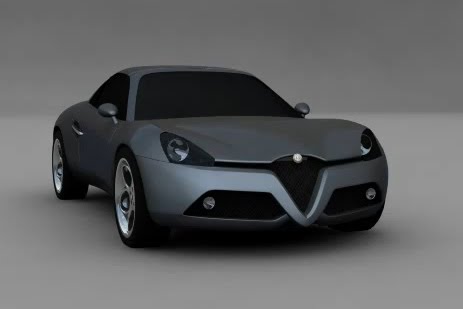 With lots of stories that are related to Alfa Romeo being sold to the Germans at Volkswagen or simply rebadging Chryslers, images like these are cheering us up.

The famous Italian brand, is apparently working on a small sports car, which is supposed to remind us all about the limited edition Alfa Romeo 8C that went before it.

The images we have here have been taken from a video of some rendering rollover of what could be the actual Alfa Romeo sports car.

The original video was uncovered by a dutch automotive website and it was later picked up by the British at Autoexpress.

As you’d imagine, no official data is available on these spyshot renders and Alfa Romeo themselves aren’t willing to tell us much about it either.

From what the mighty Internet has told us so far, the renders we have here are the product of a chap called Marco Procaccini from MPCarDesign.

He was also the one who confirmed that the render is of an actual project he’s working on for the Italians but he wasn’t able to say whether or not this actually the Alfa Romeo 4C.

It doesn’t really matter, if Alfa Romeo have something that looks like this in their project lineup we all have reason to be pleased.