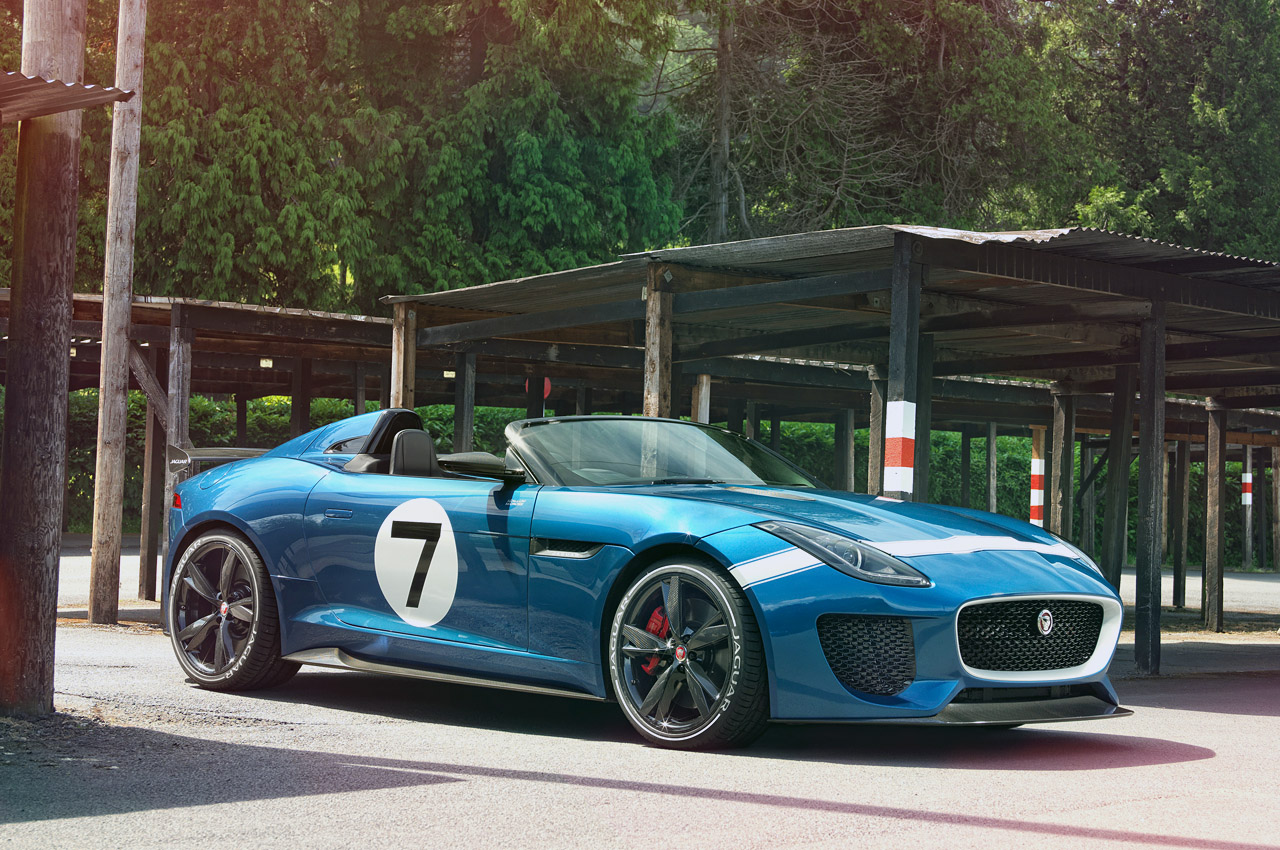 Just after Le Mans ended, Jaguar decided to celebrates its seven victories from the past by creating a new and dazzling concept.

What went out from the hands of Jaguar’s designers and engineers is called Project 7 Concept and, as we will all agree, it turns out to be quite a jewelry.

Long story short, this Jaguar Project 7 Concept derived from an F Type, it has only one seat and it appears to generate from under the hood no less than 550 HP!

Connoisseurs will discover, however, that even though the platform of the new Jaguar concept belongs to F Type, the design is definitely inspired from the D Type model.

From a distance, Jaguar Project 7 Concept has plenty of carbon fiber, 20 inch wheels and Pirelli P Zero tires. If you were wondering why is it only one seat inside of it, the answer is simple: the passenger’s seat was upgraded to a support for the pilot’s helmet.

Before we close the subject and simply enjoy the photos, we cannot help but mention that this Jaguar concept has a 5.0 liters V8 engine which, aside from the already mentioned 550 HP, it also carries 680 Nm of torque. The maximum speed is 300 kmh and the 100 kmh threshold is reached within 4.2 seconds!