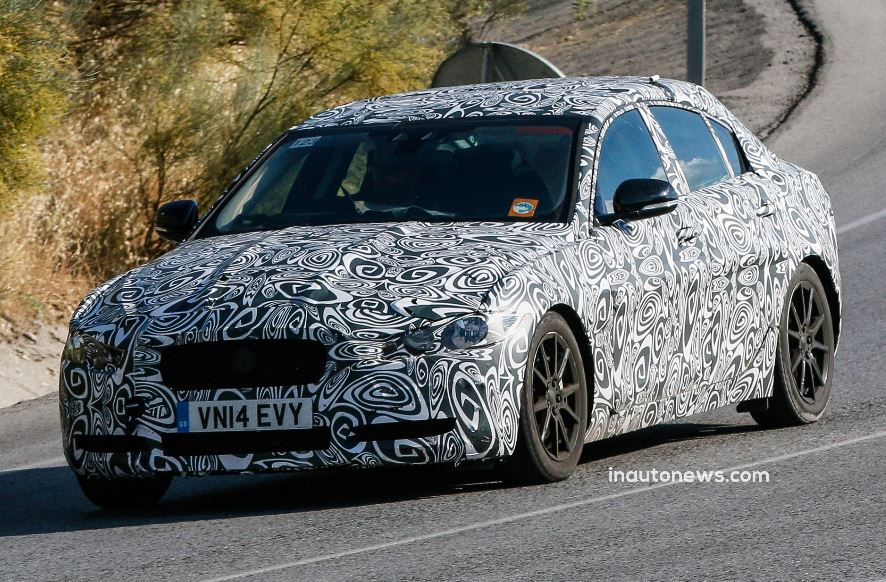 The Jaguar British based automaker is presently working on the XE small sedan, an occasion for the company to send the model out for some tests.

Spy photographers from Inautonews online publication have managed to catch the Jaguar XE on shots, before it will be publicly presented to the public this October, at the 2014 Paris Motor Show.

What is interesting about the Jaguar XE, is that the model will be standing on a newly developed platform, which is the iQ[AI] lightweight platform, also tweaking stylish features from the XF and the XJ older siblings.

Talking about stylish features, we might include as well the LED infused headlights, as well as the sculpted hood or the more prominent front grille.

More than that, the Jaguar XE will also feature a higher positioned trunk, more aerodynamics side skirts, as well as the sloping roof line, giving it a coupe look.

Under the hood, the Jaguar XE will be powered by a 3.0-liter V6 unit, as well as by a 5.0-liter supercharged V8 engine.

So far, the details about the XE`s performance are rather limited, but we should find out more this October, at the 2014 Paris Motor Show.