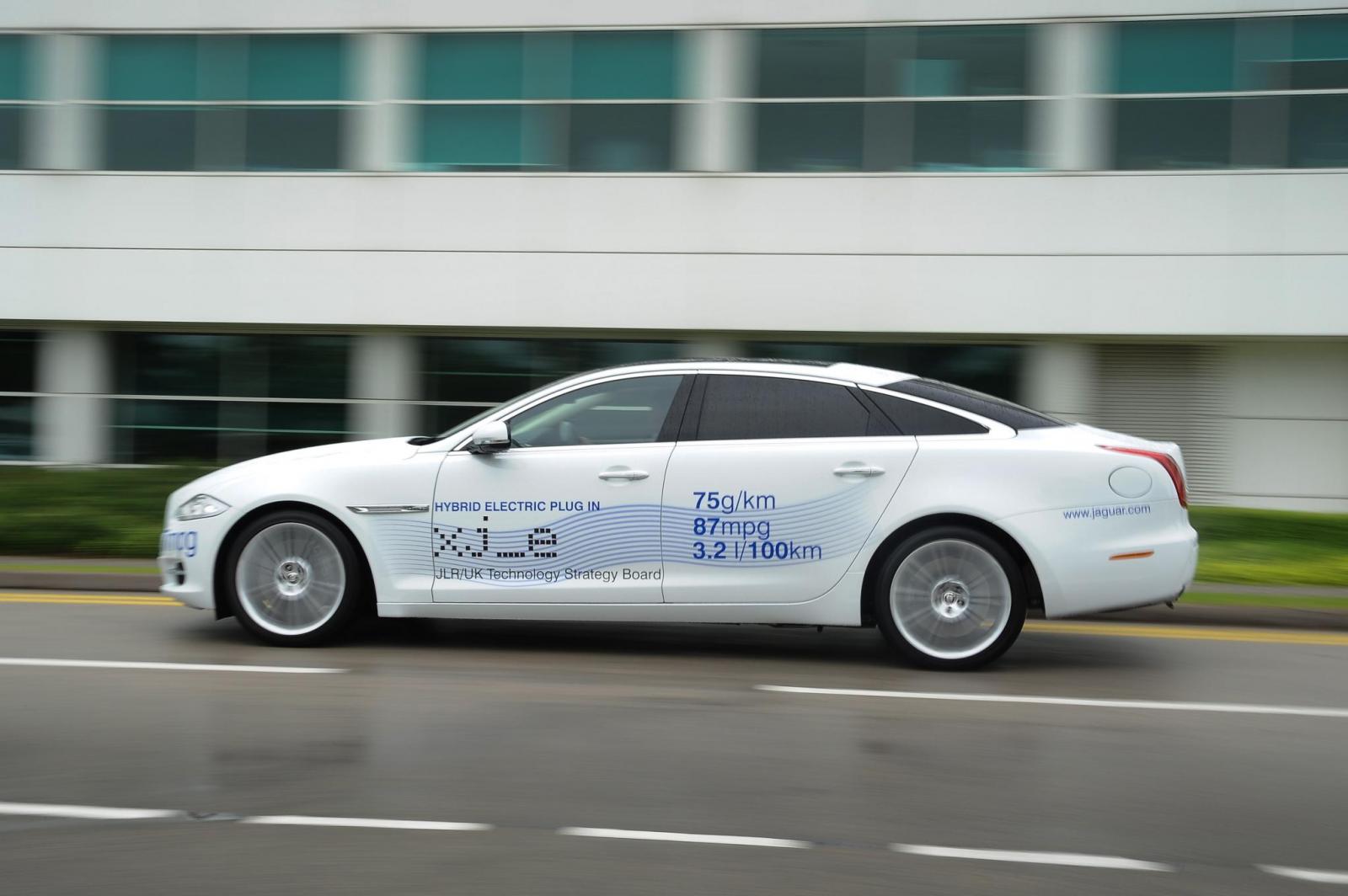 Jaguar announced that the XJ_e plug-in hybrid will take part at the 2012 CENEX Low Carbon Vehicle Event in the UK.

Under the bonnet of the British model sits a hybrid power train which includes a 2.0-liter turbocharged gasoline engine and a 69 kW generator with a 12 kWh lithium-ion battery.

The total output is rated at 334 horsepower which makes the 0-100 km/h sprint possible in about 6,5 seconds while the top speed is limited at 250 km/h.

The Jaguar XJ_e plug-in hybrid uses a parallel hybrid system which means that it can run on electric power (for about 40 kilometers), gasoline or both.

Jaguar says that the sports sedan returns a fuel economy of 3,2 liters/100km with CO2 emissions of 75 g/km.

The XJ_e’s battery needs four hours for a complete charge at a normal power supply.