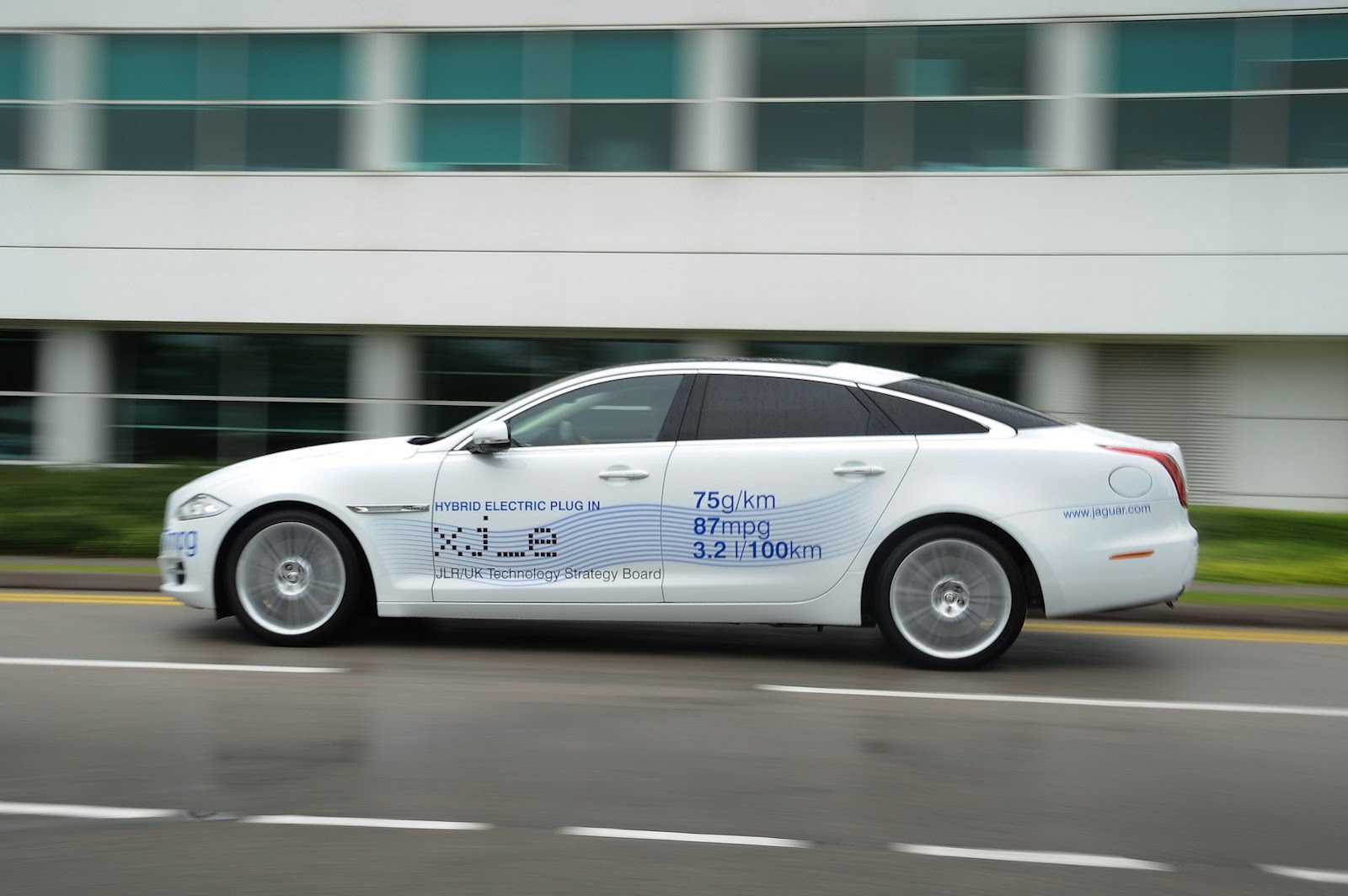 Jaguar releases photos and details on the XJ_e plug-in hybrid model, a model which uses a 2.0-liter turbocharged petrol engine and a 69kW motor which comes together with a 12.8kWh lithium-ion battery pack.

Jaguar says that the XJ_e can run fully electric for about 40 kilometers.

The total output of the engine is rated at 329 horsepower, all the power arriving to the wheels via a new hybridised eight-speed automatic gearbox.

Moreover, the British company says that the Jaguar XJ_e can be fully charged in about four hours at a standard 240V domestic supply. Currently, there are no details if the XJ_e plug-in hybrid will be manufactured in series production anytime soon.

More details on the new fuel-efficient XJ_e to be released after Goodwood debut at the FoS-TECH Technology Pavilion.