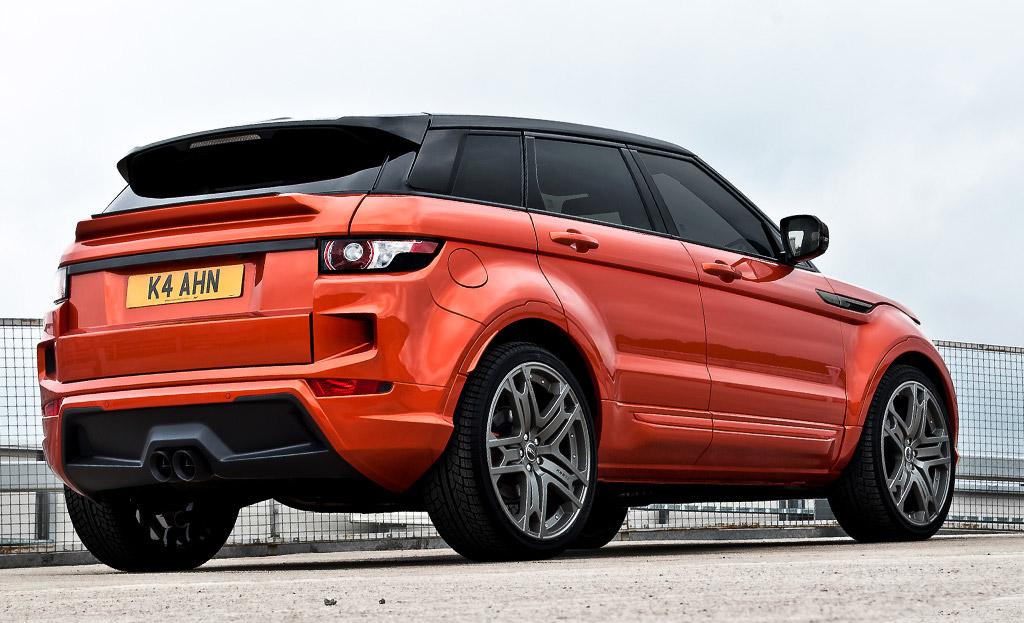 The German specialists from Kahn Design decided to reveal yet another tuning kit for the Range Rover Evoque.

The British model receives a body kit including new front and rear bumpers, side skirts, large 22-inch alloy design and a rear spoiler.

The diamond quilted seats receive matching and contrasting orange accents, as well as the headrests.

As the tuners from Kahn Design did in the previous packages, the new tuning kit comes exclusively with styling improvements while there are no performance tweaks at all.

“We spent thousands of hours working on this car because I wanted to ensure it isn’t seen as a conventional car but as something more serious for the road,” claimed Kahn Design tuners.