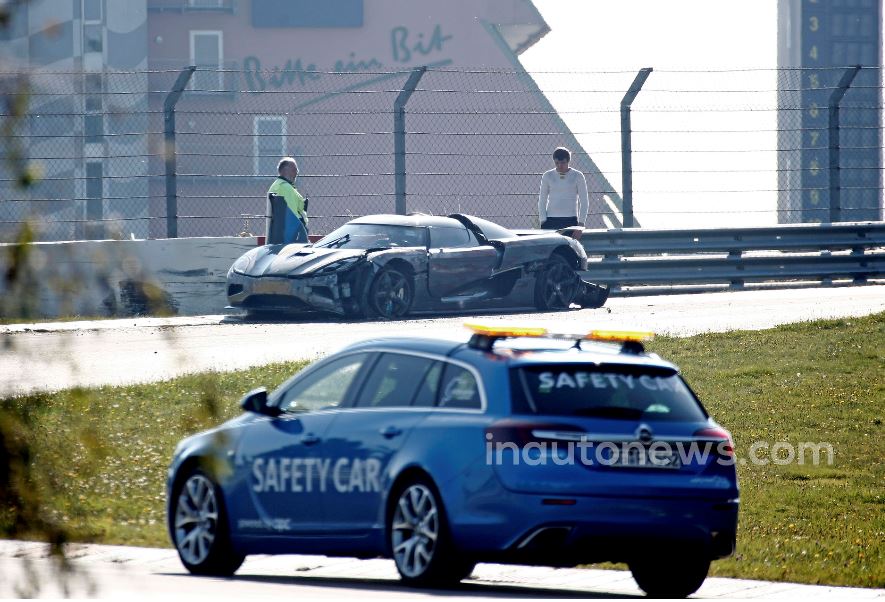 A test car of the famous Keonigsegg Agera R has recently crashed at the Nurburgring, due perhaps to some human errors.

The Nurburgring might be considered one of the world`s most demanding racetrack and the ”Green Hell” was there to be professionally tested.

Sadly enough, during the crash, the two drivers inside the Keonigsegg Agera R were injured enough during the test, as the car has severely crashed into the security barriers, next to the sharp turned, called Tiergarten.

Fortunately, an ambulance rushed the two drivers to the nearest hospital, for immediate proper care.

According to some eyewitnesses, the driver seemed to have lost control of the car, by not braking in time while reaching the tight bend, with the sports car`s brake system to eventually fail.

The Koenigsegg Agera R was thus severely damaged due to high speed, with the racetrack to be shut down for around 90 minutes, needed to clear the debris.

Since the Koenigsegg has been under continuous changes, there are little known about the sports car`s performance and technology.