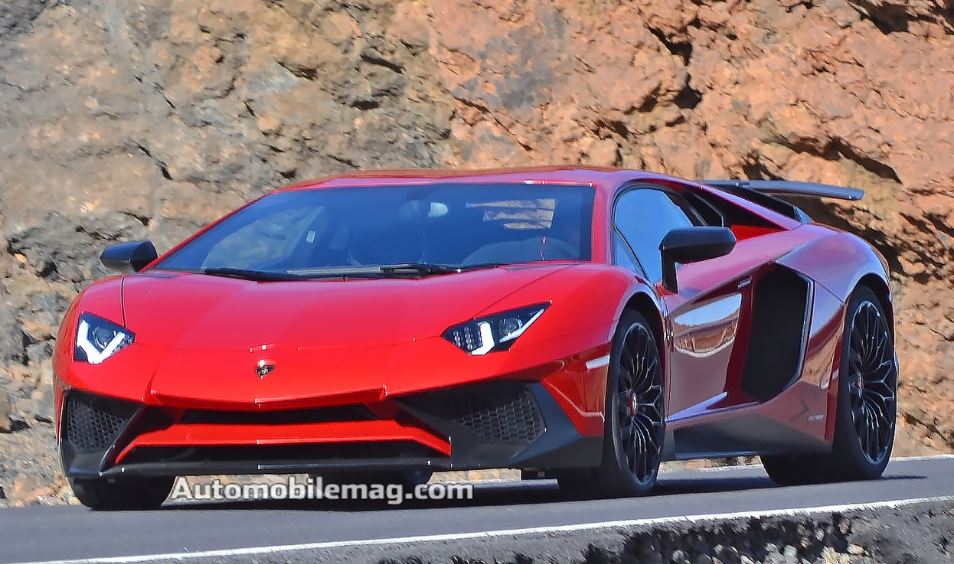 The Lamborghini Aventador Super Veloce sports car is now in our attention again, as the model has been caught on some new shots, while cruising on the roads for some tests. This is another clear indication that the model is coming soon enough, perhaps at the 2015 Geneva Motor Show, this March.

The Lamborghini Aventador Super Veloce has appeared in many different shapes, test mules, but these images popping up the web, are perhaps the final clue which confirms the availability of the model on the market, in the near future.

Little it is known about the upcoming Lambroghini Aventador Super Veloce, but rumors also confirm that the hot ride will be a combination between the Diablo, the Murcielago, as well as the Miura model, the supercar coming with the 6.5-liter V12 naturally aspirated unit, which would score higher than the 740 horsepower, found on the present Lamborghini Veneno.

Even if you are a little bit disappointed about the lack of information concerning the performance, don’t lose hope, as more it will be found out before the official unveiling in Geneva, as the Italian supercar maker would not stand aside and would eventually reveal the true beast lying beneath the hot hood.