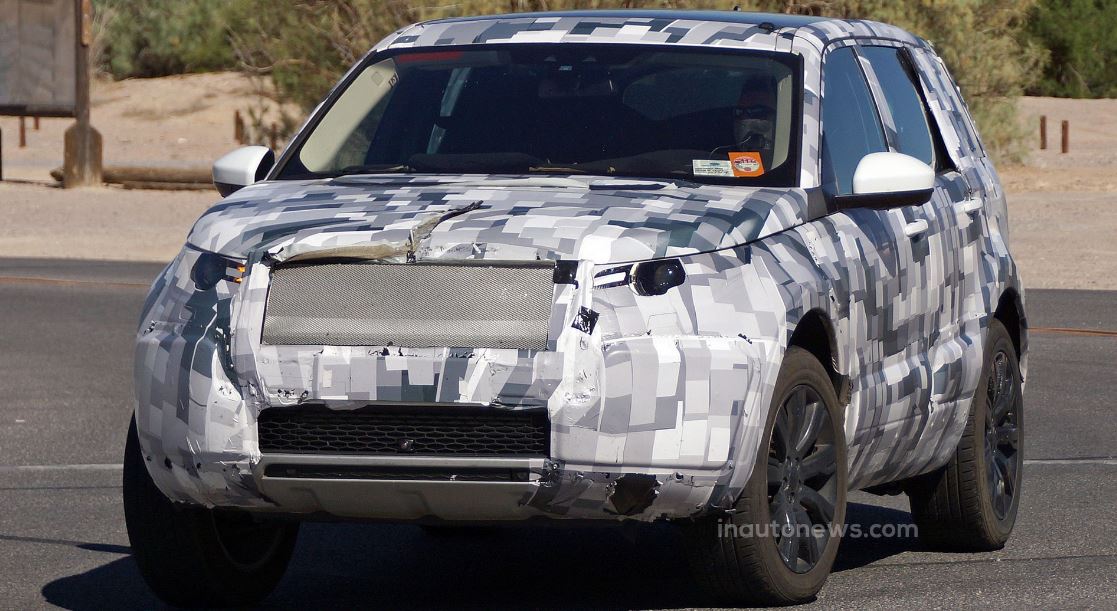 The Land Rover Discovery Sport is in the spotlights again, while being caught on shots by spy photographers from Inautonews online magazine.

The Land Rover Discovery was seen for the first time somewhere in the United States, while undergoing some tests, which is a clear indication that the model is coming soon.

The spy shots are revealing the Land Rover Discovery Sport wearing a light camouflage, which makes the car distinguish its body style.

We are talking about a wider and larger model than the present one, riding as well on the same platform as its sibling five-door Range Rover Evoque.

More than that, there are some rumors stating that the fresh new Land Rover Discovery Sport will also bear the marks of the upcoming Range Rover Sport, since it comes with a sportier sloping roofline and a tailgate mounted spoiler or the company`s dual exhaust system.

Under the hood, the Land Rover Discovery Sport will be coming with an engine lineup, like the 2.2-liter diesel developing somewhere between 150 horsepower and 200 horsepower, while the 2.0liter petrol burner will sport 240 horsepower.