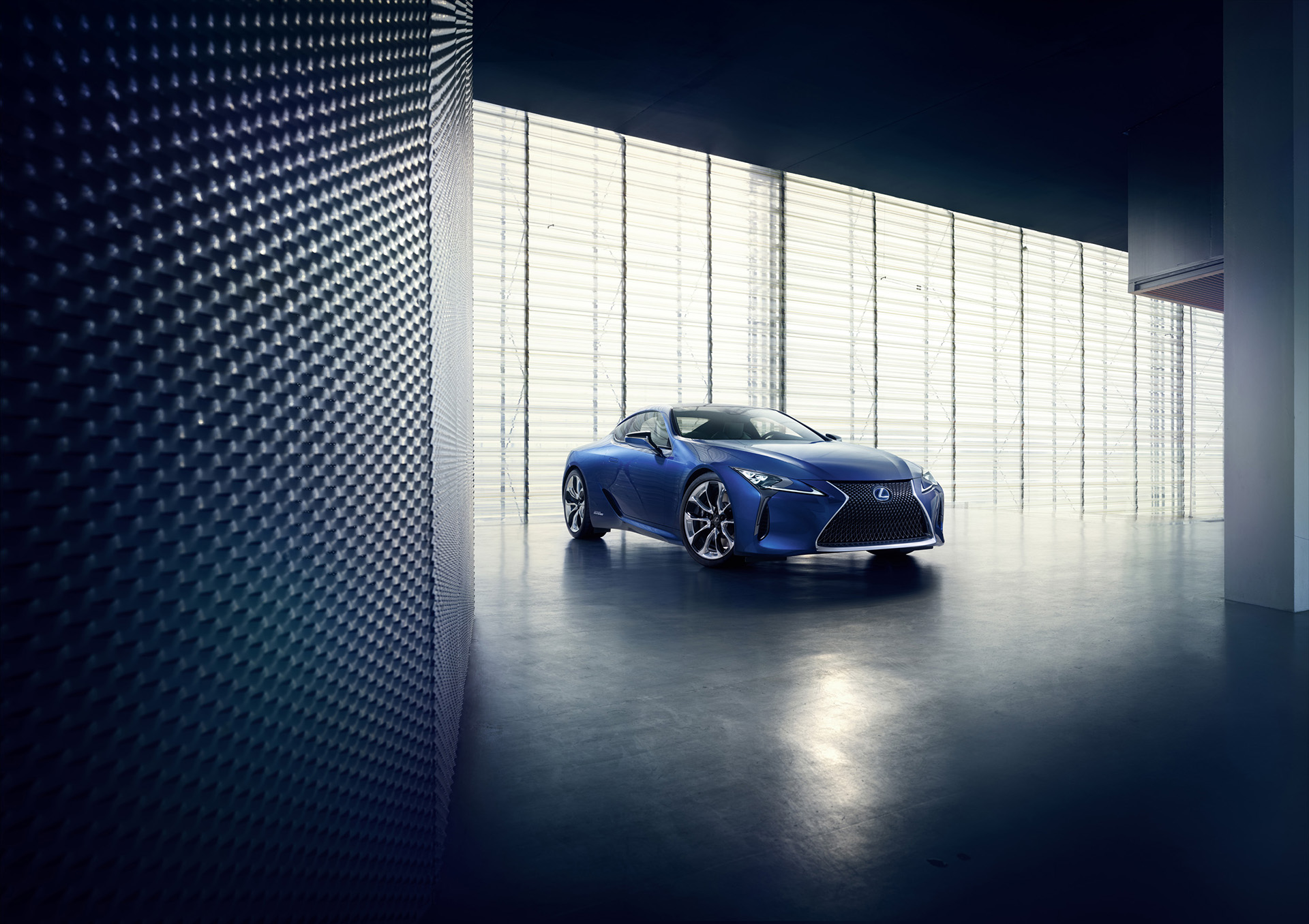 What Lexus just did was to play with all the automotive press: while most of us assumed that the LC 500h will be a sportier version of the LC 500, it proved to be only a cleaner one.

So, everyone had been fooled, including myself. I thought (or, at least I hoped) that the hybrid version of the LC 500 will add an electric motor to the mighty V8 engine. Wrong! What it did instead was to receive a smaller, V6 petrol engine displacing 3.5 l next to the electric engine. And as if it wasn’t enough, the system is matted to a 4-speed automatic gearbox! At a glance, it looks less thrilling than the V8 – 10 speed combination of the LC 500. However, Lexus say it’s a new hybrid system, which improves the acceleration feeling, thanks to its revolutionary layout: the engine is positioned in front, the electric motor in the back and then, linked to both, the gearbox. The engine produces 294 hp, while the electric motor adds 44.6 kW, together moving the LC 500h up to 100 km/h in under 5 sec, just like his V8 brother.

The performance is also possible thanks to the very light hybrid system which, together with the gearbox, weighs the same as the current hybrid powertrain found in Lexus models, which is amazing! The Lexus Multi Stage Hybrid System was designed to achieve a perfect balance between dynamic performance and fuel consumption. For the first time in Lexus hybrids history, a manual gear shift mode it’s available. This makes LC 500h be the sportiest hybrid made by Lexus, offering a highly engaging drive.

In order to achieve the perfectly balanced car, the Japanese carefully engineered the body, to bring the ultimate road-feeling to the driver. Its hip point is near the car’s center of gravity and thanks to the rear wheel drive system, he receives an excellent feedback. The car is built on the new rear-drive Lexus platform, called GA-L. It places the most of the mass (including the passengers and the powertrain) as low and as central as possible, while pushing the wheels to the body’s extremities. To lower even more the center of gravity, the body panels had been made of aluminum, while the roof has been made of carbon fiber. There’s no spare tyre either. The same treatment was applied to the suspension, which now is very light and highly rigid.
The safety is also at its peak: the new Lexus Safety System + combines a camera and a radar to prevent the crashes and features the usual Automatic High Beam technology, Lane-Keeping Assist and All-speed Adaptive Cruise Control.