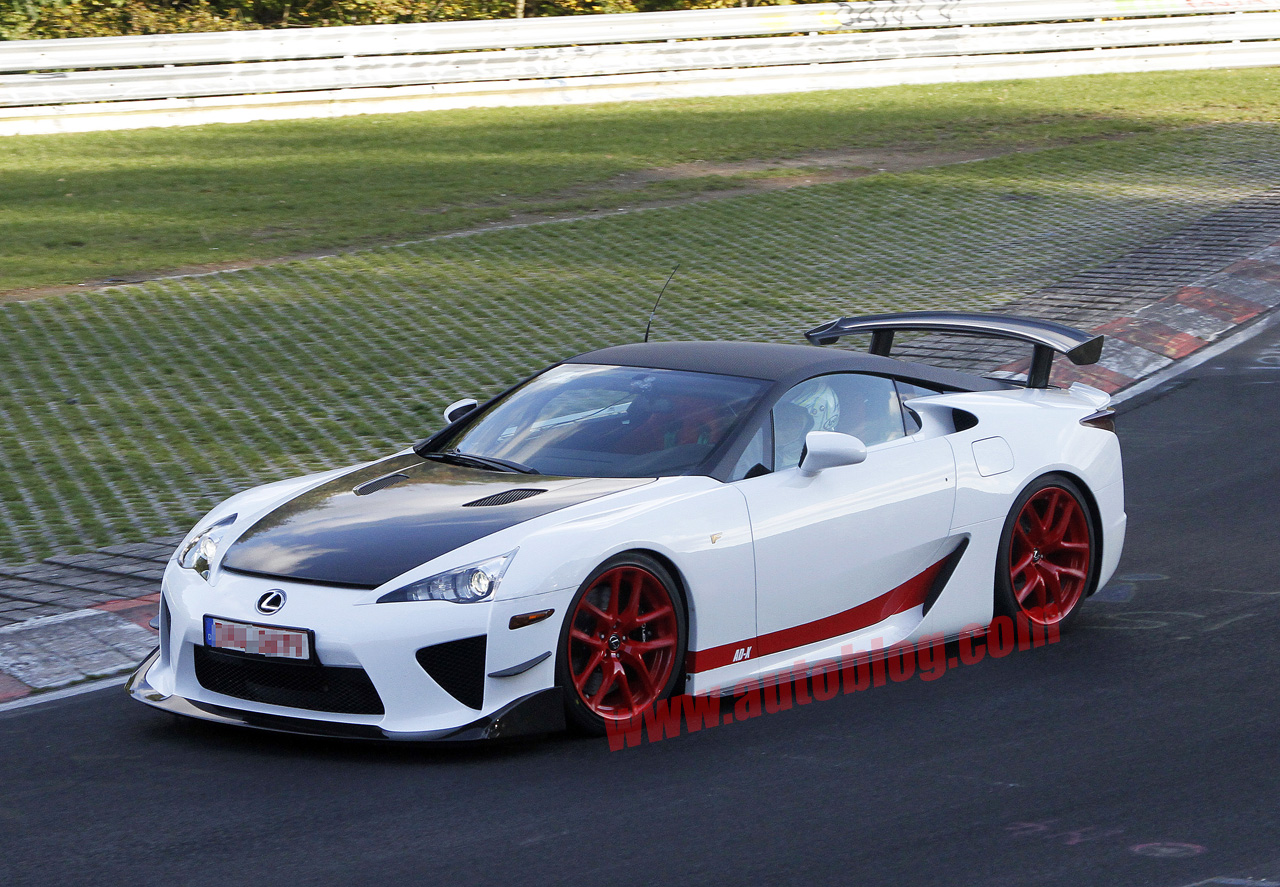 Lexus made the LFA, sold just about all of them already and with plenty of customers still waiting for theirs you’d imagine they’d be plenty busy.

They are, but somehow they’ve found the necessary time to have some fun around the race track. They do claim to have been working though.

I’m not the best lie we’ve heard but they do claim to have been testing a special edition of the LFA. One of the lucky owners will be having his delivered in true custom feel.

Dubbed the Lexus LFA AD-X, this version of the ultimate Japanese supercar features no actual difference in terms of what makes the car a technical masterpiece.

The internal gubbins are all the same. The Lexus LFA AD-X will stand out in a crowd thanks to its enhanced body kit and special paint scheme.

There’s even word round that the new bits actually have an aerodynamic effect that’s worth taking into account. The Nurburgring edition went along this route and owners should know since they paid the price.

If the LFA AD-X Edition is going to be as Special as we’ve been hearing there’s a good chance that its 4.8 liter V10 will be tuned up to around 600 horsepower.

Provided they make that happen, and maybe do away with those red painted alloys which are lacking so much in taste, this could be the finest version of the LFA ever.

Lexus should announce a few things about the new supercar in the upcoming months.