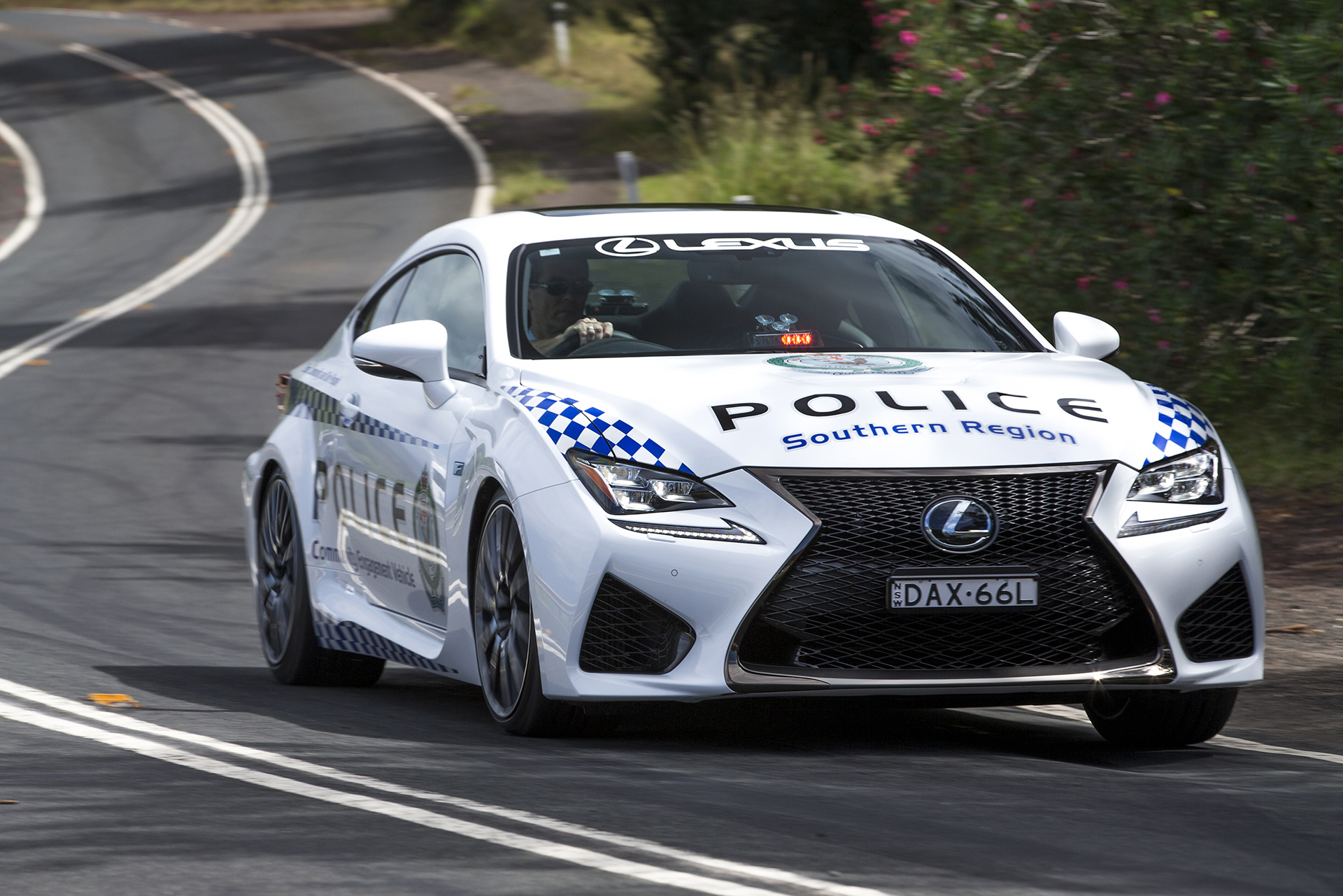 If you’re Australian, or plan to take a trip to the kangaroos’ land, you shouldn’t mess with the local cops! You’ll probably have no chance to escape, as they added a V8 powered RC F to their fleet.

Well, its main role is not to chase the felons on public roads, with smoking tires and throaty engine roars. On the contrary, it should promote the road safety and attract the public at the activities where it’s displayed. And let’s not forget that the following months will be the coldest in Australia, therefore the road safety will be at its lowest level. The vehicle will operate in the southern region, based in Wollongong, but its activities will cover a wide area.

But because it shouldn’t lose its sporty capabilities, the RC F coupe will also be an active part at motorsport events: it will be the race control car, with the task of opening and closing the circuit at the racing sessions. This shouldn’t be difficult, as the RC F is in its own element on the track. It is equipped with a naturally-aspirated 5.0 liter V8 engine, developing 477 hp and 530 Nm of torque. All of them are optimally distributed by a torque vectoring differential to the rear wheels, while the eight-speed Direct Shift transmission takes care of the fast shifting. Its handling is at high levels, thanks to the race-oriented suspension with monotube shock absorbers and a stiff chassis. It also features Brembo brakes, for the shortest possible braking distance.