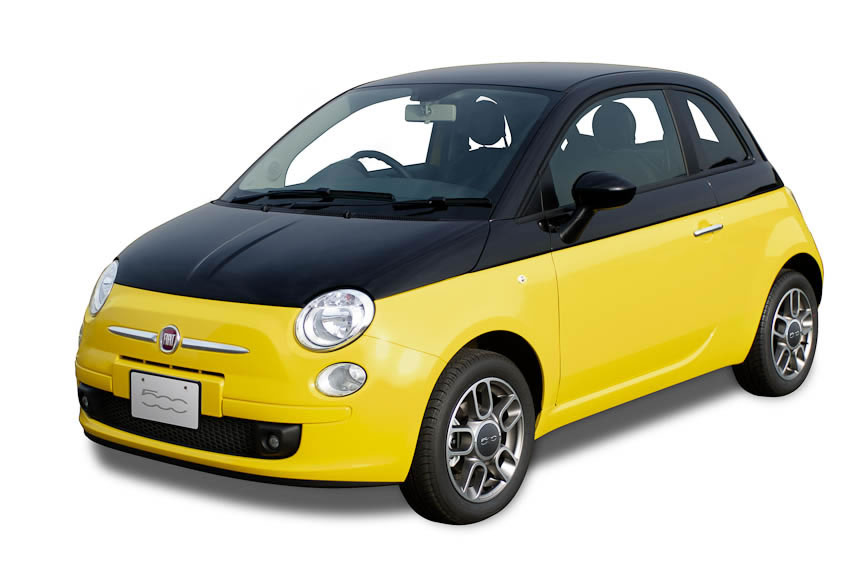 The Italians at Fiat hit the Jackpot when they came up with the modern version of the 500 and it seems like they plan to milk the proceeds no matter where they come from.

Launching one limited edition after the other never goes old and this time, they are once again targeting the Japanese market.

Previously, only one limited edition Fiat 500 made it to the “Land of the Rising Sun” and it was the Arancia, but hold on tight for the second one.

It is called the Fiat 500 POP-BI and, as you’d imagine, the whole limited part is restricted to the paint scheme since that’s the key with these things.

Borrowing the same base idea of the Fiat 500 BiColore, the POP-BI has a two-tone paint which borrows some bee-like colors.

Obviously, the chosen important colors of this limited edition are Yellow for the lower part of the hatchback and black for the roofline, hood and part of the doors and fenders.

The bumble-bee effect hatchback will see more of the same aspect on the interior but it will come with the hip option of having a retractable canvas roof, exactly like the arrangement on the Fiat 500C.

The Japanese are scheduled to receive 50 examples of the Fiat 500 POP-BI. This probably means that they will sell fast and almost be forgotten relatively fast to most of the world.

In Japan though, the street culture will most likely appreciate the people who drive something as cute and eco-friendly as this while still standing out.

Environmental concerns are well covered by the small buzzing heart of the Fiat 500 POP-BI since it emits so little CO2 that in most countries it pays no road tax.

Speaking of the green part of the story, underneath all the glam and showcasing, the Fiat 500 POP-BI is identical to the base version the Italians would normally sell in Japan.

The entry-level Japanese Fiat 500 is powered by a 1.2 liter eight-valve four-cylinder engine which sends some rampant 69 horsepower towards the front wheels via an automatic gearbox.

A price for all of this hatchback exclusivity has been set at 2.100.000 yen, roughly 26.250 U.S. dollars at today’s exchange rates which does seem like a bit of a rip off but who cares if it is.

Exclusivity never came cheap and a car which can withstand the rigors of Japan in the long run clearly isn’t going to come cheap either.